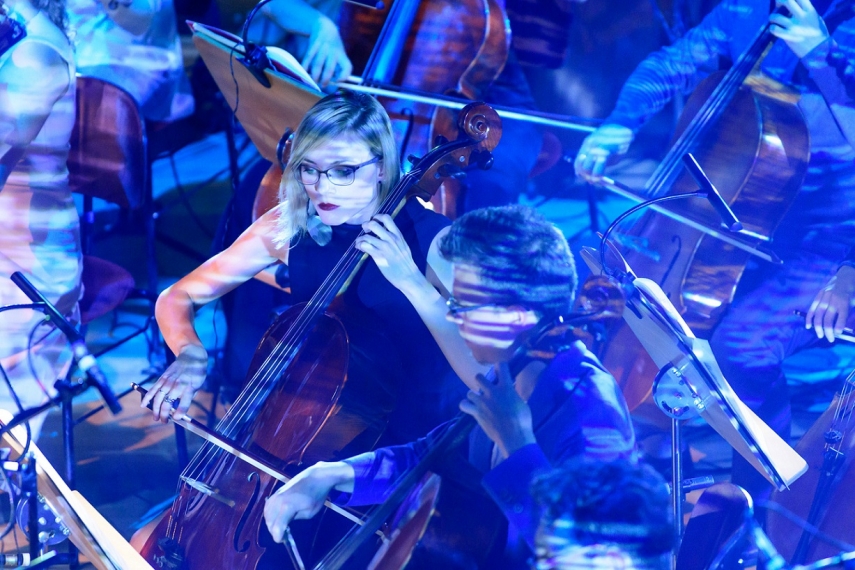 The Baltic Sea Philharmonic and Kristjan Järvi will be performing in Palanga, Riga and Tallinn next week, on their ‘Nordic Pulse’ tour of the Baltic States, Finland and Russia. Alongside the concerts, the orchestra will be holding open auditions as part of its Talent Tour 2019. A series of special Talent Days will take place in Palanga on 8 March, Riga on 13 March and Tallinn on 15 March.

The Baltic Sea Philharmonic regularly auditions talented musicians from throughout the Baltic Sea region in order to renew and refresh the pool of outstanding players who perform with the orchestra on tour. The orchestra works with the top conservatoires throughout the region to recruit the best and brightest musicians, who are usually aged between 18 and 28. Many of these players are residents of Denmark, Estonia, Finland, Germany, Latvia, Lithuania, Norway, Poland, Sweden or Russia, but some may also be
international students enrolled at music academies in these ten countries.

The orchestra is introducing a new two-stage audition process this year, giving applicants the chance not only to perform a solo piece but also join a full orchestra rehearsal. Kristjan Järvi and a panel of Baltic Sea Philharmonic principal musicians will together decide which players have the talent and personality to thrive in the orchestra.

Giving current players a say in who will join them in the ensemble reflects Järvi’s mission to empower the musicians of the Baltic Sea Philharmonic and develop their entrepreneurial and leadership skills.

Integrating the orchestra’s Talent Tour with its ‘Nordic Pulse’ tour will open up direct access to auditions for students at such prestigious music institutions as the Estonian Academy of Music and Theatre in Tallinn, and the Jāzeps Vītols Latvian Academy of Music in Riga, which was founded 100 years ago this year. And because the Talent Tour will be held as open auditions, all interested musicians can come and listen to the first-round auditions and joint orchestra rehearsals, even if they themselves are not auditioning. For young conservatoire players eager to learn more about the Baltic Sea Philharmonic, the joint rehearsals are a window on the orchestra’s world, and a unique chance to see how the ensemble works.