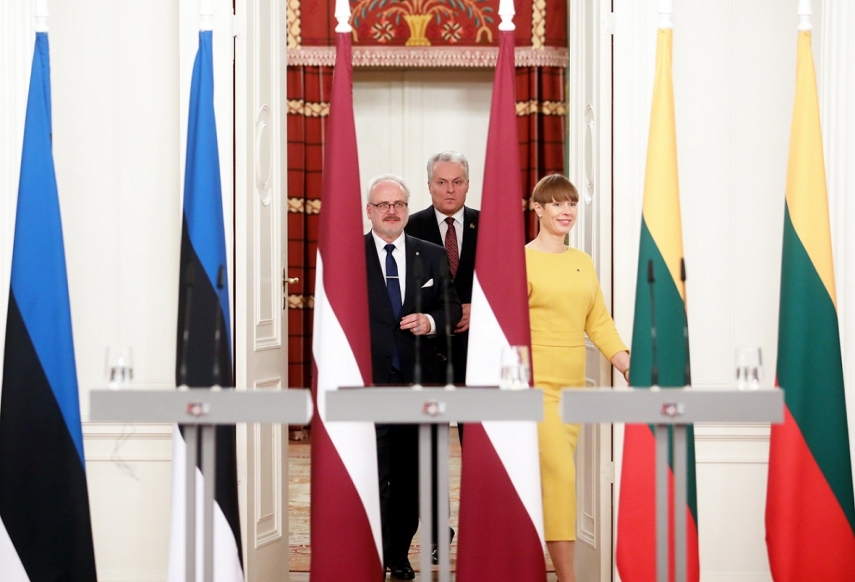 RIGA - The Baltic presidents have resolved to promote implementation of the Rail Baltica project so that it is completed in time, said Latvian President Egils Levits during the joint press conference.

The three Baltic presidents - Levits, Estonian President Kersti Kaljulaid and Lithuanian President Gitanas Nauseda - confirmed their resolution to promote implementation of the Rail Baltica project and overcome all difficulties. "We have a united political stance - the project should be completed and it should be done in time," said Levits.

Rail Baltica is a double track, European standard 1,435 mm gauge electrified railway for passenger and freight transport to be built from Tallinn to the Lithuanian-Polish border. The overall length of the railway will be 870 kilometers.