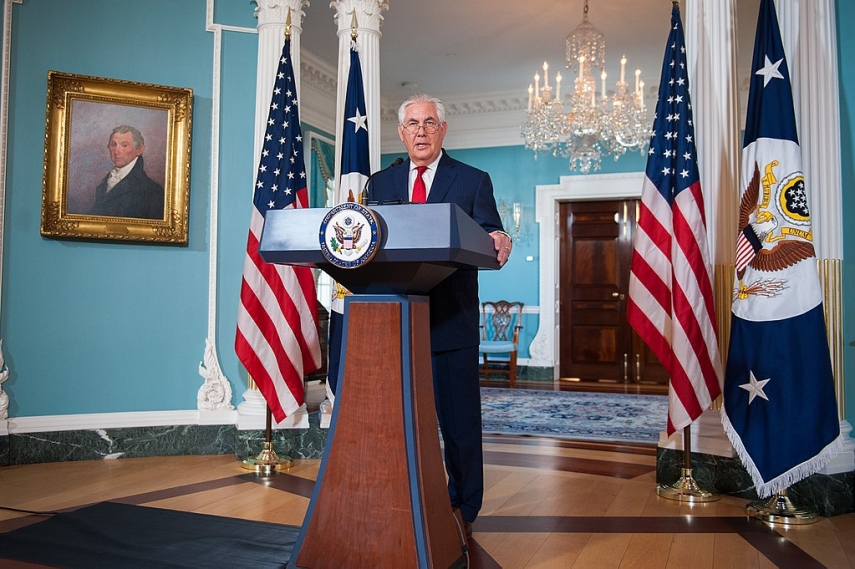 TALLINN - Estonian Foreign Minister Sven Mikser will head to the United States during the weekend for a five-day working visit, as part of which he and the foreign ministers of Latvia and Lithuania will meet with Secretary of State Rex Tillerson on Monday.

During the meeting the advancement of transatlantic cooperation, the security situation in Europe and the fight against terrorism will be discussed. In addition, the upcoming meeting of U.S. President Donald Trump with the presidents of the three Baltic countries in April and preparations for the NTO summit to be held in July will be talked about, spokespeople for the Estonian Foreign Ministry said.

The meeting of the Baltic presidents with Trump will take place on April 3.

On Sunday, Mikser will take part in a discussion at a conference of the American Israel Public Affairs Committee (AIPAC).

The Estonian minister will have separate meetings in Washington with ambassadors of countries of Latin America to present the candidacy of Estonia for non-permanent membership of the UN Security Council in the years 2020-2021.

Mikser will be in New York on Wednesday, where he is scheduled to have meetings with the head of the UN Development Program (UNDP), Achim Steiner, and the UN special representative on migration, Louise Arbour.

In addition, Mikser will meet with Sweden's Ambassador to the U.S. Olof Skoog and ambassadors of the group of Arab nations. On the same evening the minister will take part in a reception in the Estonian House of New York on the occasion of the 100th anniversary of the Republic of Estonia, organized by the Estonian mission to the UN and the country's consulate general in New York.

On Thursday, a meeting with ambassadors of countries of the Pacific region is on the agenda for the foreign minister of Estonia.