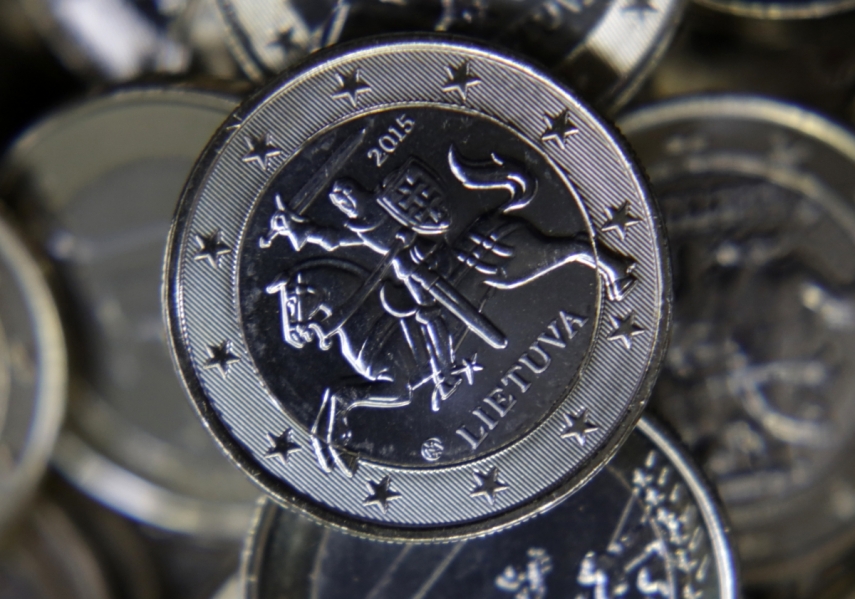 A one-euro coin engraved with the Lithuanian coat of arms [Photo: IB Times]

Babies born on 1 January 2015, the historic day when Lithuania adopts the single European currency, will receive the first Lithuanian euro coins from the Bank of Lithuania.

The first thousand of one euro coins with the Vytis (an armour-clad knight on horseback featured in the country's coat of arms) were minted on 16 June 2014 by Lithuania Mint. The first coins were placed in a special box and stored at the Money Museum of the Bank of Lithuania. The Bank of Lithuania will provide as many coins as there will be babies born on 1 January.

The coins were infused in organic glass with an engraved inscription "The First Lithuanian Euro for You!" The souvenirs were designed in Lithuania and made in Germany. Parents of babies born on 1 January who agree to participate in the initiative will be presented the coins during a celebratory ceremony in the spring to mark 100 days since euro adoption.