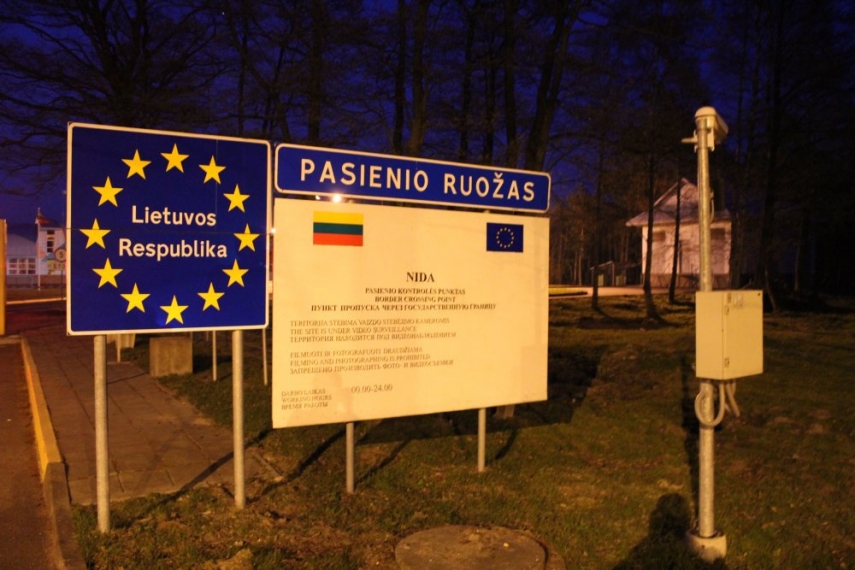 The State Border Guard Service confirmed the Audi with Russian license plates was checked at the Nida checkpoint on the border between Lithuania and the Russian Kaliningrad region on the evening of November 3, 2015.

The driver, a 47-year-old Russian citizen, produced the correct ID and  vehicle registration documents. However, an inspection revealed the right-side doors of the car featured a flag and the coat of arms of the Soviet Union.

The public display of Nazi and Communist symbols in Lithuania is banned by law. The border guards notified the Russian driver he would not be allowed to enter Lithuania with the vehicle.

As removal of the drawing was not technically possible, the foreign national was advised to continue his trip on foot or by means of other transport.

The driver refused to do so and returned to the Kaliningrad.

According to Lithuanian law, dissemination or the public depiction of Nazi or Communist symbols is punishable by a fine of 144-289 euros.

The Russian citizen was not fined, as he did not enter Lithuanian territory.

This is the second case of 2015 in which a vehicles marked with banned symbols has been refused entry to Lithuania.

In August, a Russian citizen's Volvo XC90 featuring a hammer and sickle was refused entry to Lithuania. The foreigner then also decided to turn back to Kaliningrad.