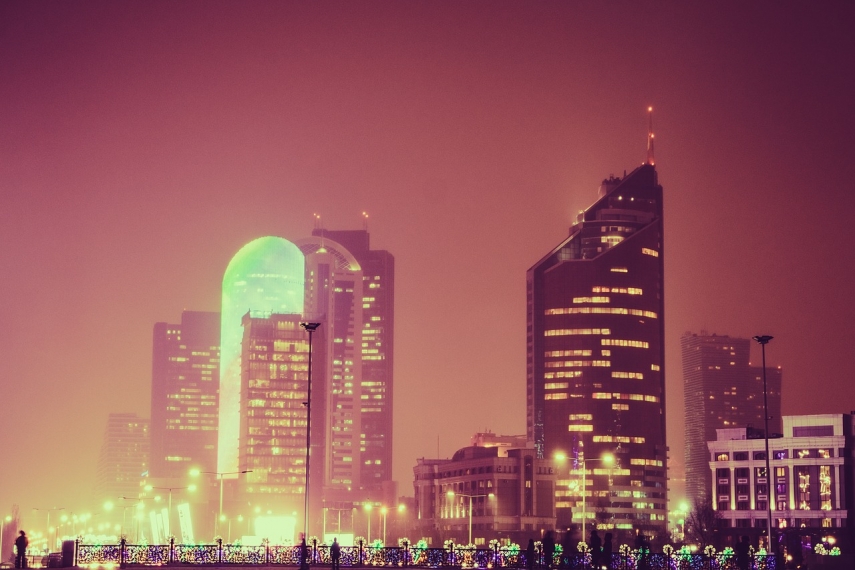 From January 1st Kazakhstan has launched an unusual experiment. An International Financial Center has started its operation in the Republic. It is a huge and serious project followed by the President Nursultan Nazarbayev personally.

To promote the cooperation with the foreign investors, a national company Kazakh Invest has been founded. It assists entrepreneurs in selecting the best business niche. Almost the whole load of paperwork is performed by the Company. All consultancy services, as well as procedures regulating tax and customs operations are translated into English. The Center providing with its services to the investors is working as a single-window system. Now the applicants can clear all the formalities in one place. The rights of the foreign investors are protected by the investment ombudsman. Moreover, the investors are enjoying various preferences and tax benefits. For example, they are relieved from paying the VAT provided for that they import raw materials. They are also granted some quotas to attract their own labor force.

The investment policy of Kazakhstan has been developed for 26 years of Independence. That is proved by Kazakhstan’s position in an international ranking of business environment, rating Kazakhstan as the country creating favorable conditions for entrepreneurs, according to the Doing Business. Kazakhstan is ranked 36 among 190 states, and in some positions Kazakhstan is ranked higher than not only former SSSR states, but some developed countries as well. For example, Kazakhstan is the first in the world in protecting the minority investors, and the sixth – in the sphere of contract implementation.

The conditions created for the investors are reflected by actual figures of the foreign capital attraction. For example, in the first quarter of 2017, the investments in the Kazakh economy were by 19% higher compared to the same period of the previous year. The results of January-March 2017 show the amount of foreign direct investments totaled to USD 5.381 billion. It is almost by 857 billion US dollars more than the rates of the first quarter of 2016. Top largest investors are the Netherlands, USA, Switzerland, China and Russia.

Astana has got a good chance to become a number-two Dubai or Singapore of Central Asia.   To become a regional hub of the investment attraction by applying advance financial technology with a specific system of legislation based on the English law. The IFCA houses its own independent Court separated from the Kazakh judicial system. The Court employs honorable international judges of global standards. They have already taken the oath to the President of Kazakhstan. All the measures taken guarantee an unbiasedness of the legal process and the supremacy of the law.

Finally, it is worth noting that upon a thorough analysis of the investment opportunities and conditions developed in Kazakhstan, it becomes obvious why this country is so attractive for the foreign investors even though the global economy is facing a fierce crisis. In the situation where the trust in the financial sector is extremely low and the markets are unstable, Kazakhstan maintains the status of a reliable harbor for the investors offering numerous unexplored sectors and opportunities. Aside from the traditional sector of raw materials, with its huge fertile areas of land Kazakhstan can offer a good perspective in agriculture. Talking of it, the Chinese investors are actively penetrating this field of business already. Transport and logistic sectors also attract the interest of foreign entrepreneurs. Still a favorable location of the country between Europe and Asia, as well as an existing cargo carriage infrastructure, play a key role in decision-making.

Moreover, just before the end of 2017, the Kazakh authorities adopted a new Code on Taxes Regarding Subsoil Assets and Asset Management, expanding significantly the opportunities for the investors. Above all, to improve business environment, in 2018 the Government intends to approve a package of amendments to the laws regulating business management on a national and subnational level.