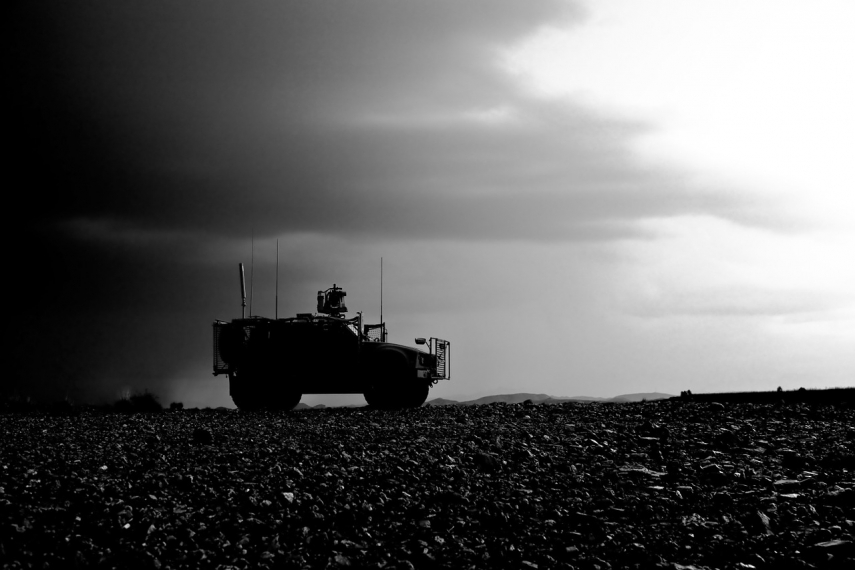 VILNIUS – The Lithuanian Armed Forces warned on Monday of intensive movements of Allied military vehicles on the country's roads in late February and early March due to international drills and the arrival of additional troops to NATO's battlegroup.

Lithuania will see a larger presence of military equipment on its roads between February 21 and March 8 during the Saber Strike exercise in the Baltic countries and Poland. Lithuania is hosting components of the drills: the Strong Griffon exercise and the Hunter exercise of anti-tank units.

Also, reinforcements of NATO's forward presence battlegroup stationed in Estonia will transit Lithuania on their way to the northernmost Baltic country.

"On these days, there will be a redeployment of NATO allies and the 2nd Cavalry Regiment of the US Army, during which troops from various NATO countries will redeploy from Germany to the Baltic states and Poland along with combat equipment, as well as movements of military vehicles within the country," the ministry said.

The largest movement of military vehicles is planned via Kalvarija on the border with Poland, from which troops will travel across Lithuania to the border with Latvia. Those involved in drills within the country will head to the military training areas in Rukla and Pabrade.

Motorists are advised to choose a different date for crossing the Lithuanian-Polish border, or at least to avoid travelling at night and early in the morning, when the most intense movement of military equipment takes place.

To cause as little inconvenience as possible for civilians, large convoys will be broken into smaller groups of up to 30 vehicles, each accompanied by military police.

Motorists are requested not to overtake these groups.