Armed forces to hold Namejs military exercise in all Latvia 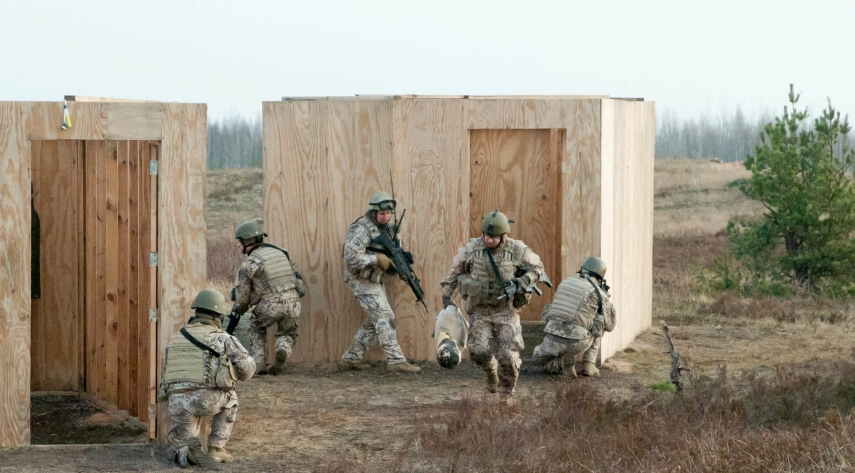 RIGA - The Latvian National Armed Forces (NAF) will be holding Namejs military training exercise in all Latvia from August 30 to October 3 to test and train the troops' readiness to deploy for defending the country independently and within the framework of the collective defense system, LETA was told at the Defense Ministry.

Namejs 2021 will be combined with the Silver Bullet maneuvers of the Land Forces and the Mechanized Infantry Brigade, as well as other tactical drills aimed at tackling threats of hybrid warfare.

The maneuvers will take place in two phases. Operations in the circumstances of hybrid warfare will be practiced at the end of August and beginning of September, while a scenario of a conventional military threat will be played out in the second half of September.

Namejs 2021 exercise will involve 9,300 participants, including allied troops, home guards, reservists, representatives of the Defense Ministry, as well as personnel of the State Police, State Border Guard, State Fire and Rescue Service and the Prison Administration.

The active phase to the drills will take place not only in Adazi Training Area and regional training grounds but also in Riga and nearby municipalities, as well as Jelgava, Kuldiga, Dobele, Ventspils, Aizkraukle, Jekabpils, Preili, Daugavpils, Rezekne and other cities and towns. Movements of military equipment is possible anywhere in Latvia during the military training exercise.