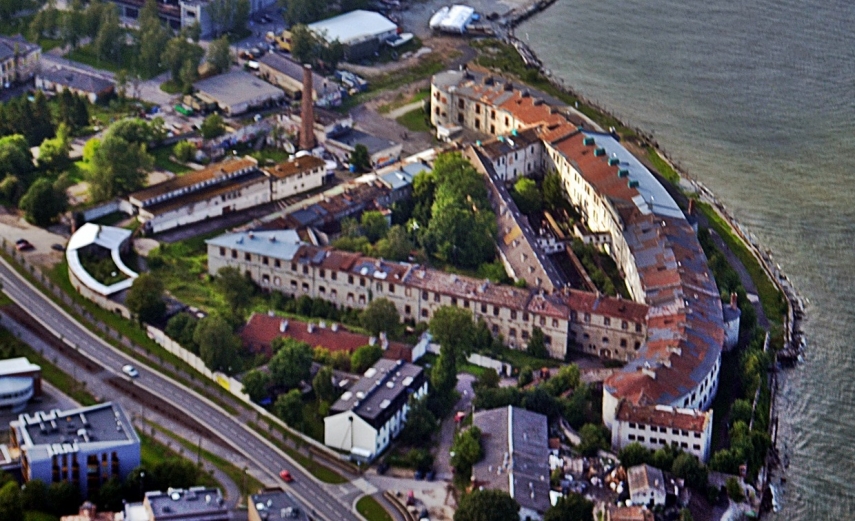 TALLINN - An architectural vision competition focused on the area of the Patarei sea fortress in Tallinn, Estonia, ended in Japan and altogether 30 designs created with 3D software were submitted to the competition organized by technology company Lumion.

The work deemed the best as well as most considerate of Patarei's history was selected in Tokyo on Friday. The latter category was supported by the Estonian Institute of Historical Memory in cooperation with the Estonian state real estate manager RKAS. Sergei Metlev and Sandra Vokk, representatives of the Institute of Historical Memory, also went to Japan to introduce the museum to be established at Patarei and participate in the work of the panel of judges of the competition.

"Last year, famous Japanese architect Shuhei Endo won the idea competition for the Patarei museum. As a result of this, widespread interest in the tragic past and future of the unique complex emerged in Japan. Through Patarei prison, we tell the world the educational story of Estonia and the whole of Europe in the 20th century, in which freedom fights tyranny. With the support of the state of Estonia, the Institute of Historical Memory is developing a museum for the commemoration of victims of communism as well as a research center, as the first stage of it we opened the exhibition area titled 'Communism is Prison'. The message of this initiative has not reached the other end of the world," Sandra Vokk, member of the management board of the Institute of Historical Memory, said.

A project titled "Paralleelne sein" ("Parallel wall") was deemed as the winner of the competition held in Japan. The panel of judges valued highly the work's respect of the historical nature of Patarei and the message of a generational connection, a wall motif reflecting the facade of Patarei as well as the abundance of public areas and a seaside promenade.

Representative of LivingCG, owner of Lumion, and one of the organizers of the competition, Chris Christophers, said that Patarei's historical legacy proved to be a major challenge for Japanese authors. "However, thanks to smooth cooperation, we built trust and confidence between the different parties in Japan and Estonia and understood the surprising proximity of the two cultures and the common understanding of historical heritage and spirit. All the presentations were well thought out, including the elaboration of the history of Estonia and Patarei. We hope that the people of Estonia will appreciate these visions and that the connection created by the competition will be a valuable asset in furthering cooperation between our countries in the future," he added.

The conditions of the competition included consideration of the use of the building as a hotel, business and entertainment area and the dominance of Patarei in the area.

Authors of the best work are to visit Estonia in October.