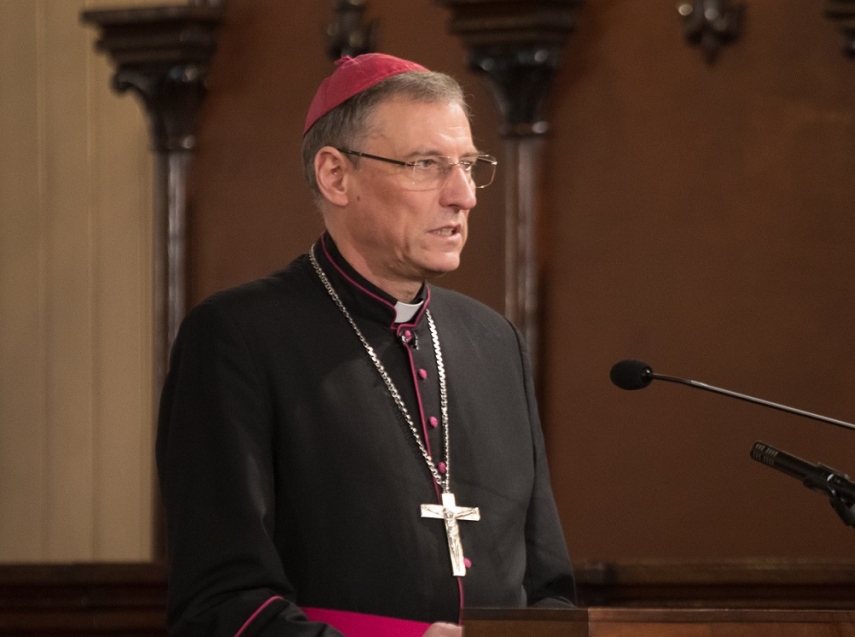 RIGA - There are no grounds at the moment to probe the allegations of misuse of donations on the part of Roman Catholic congregations, as no evidence has been produced so far to corroborate the suspicions, Zbignevs Stankevics, Metropolitan Archbishop of the Roman Catholic Church in Latvia, told LETA.

Facts are checked in cases where concrete information or evidence are presented, causing reasonable suspicions, the archbishop said.

“The recent events have led to the conclusion that it is necessary to explain to the public, and law enforcement authorities in particular, the handing and accounting of donations by congregations and the church, as well as the Catholic Church’s specific regulation according to the canonic law,” Archbishop Stankevics said.

As reported, the State Revenue Service on June 5 raided a number of locations, seizing donations worth tens of thousands of euros from three congregations of the Roman Catholic Church in Latvia. The searches had been prompted by suspicions of misuse of donations. No arrests were made during the searches.

One of the reasons that prompted the searches was the purchase of a car made more than five years ago.

Reacting to the raids on the Roman Catholic churches, Justice Minister Janis Bordans (New Conservative Party, JKP) said he was going to ask clarification from the Revenue Service regarding donation accounting accuracy.