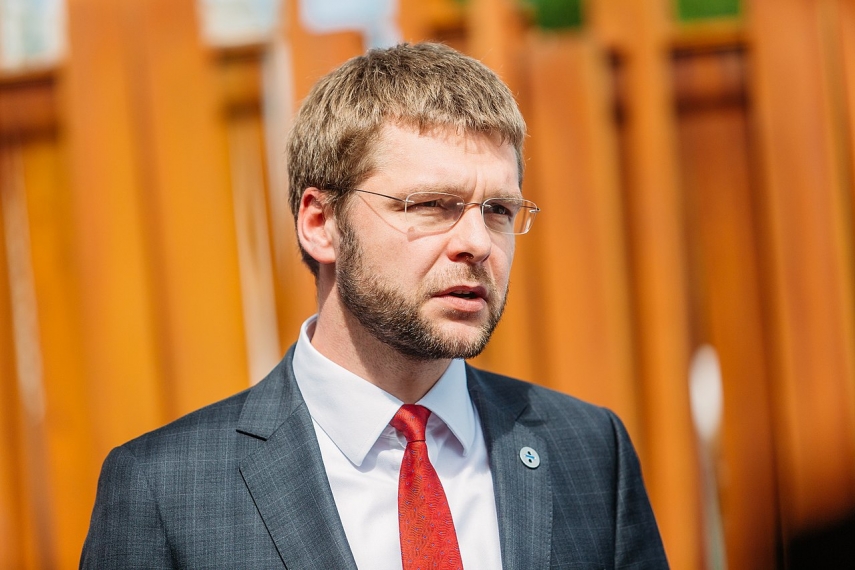 TALLINN – Neither outgoing Minister of Culture Indrek Saar nor Foreign Minister Sven Mikser have ruled out that they will stand for the position of chairman of the Estonian Social Democratic Party (SDE) when the party elects its leader in June, the "Aktuaalne Kaamera" news broadcast of ETV public television reported.

The current chairman of SDE, Jevgeni Ossinovski, is set to inform about his decision on Monday.

The first of the candidates to be nominated for the job is Lauri Laanemets, former mayor of the Vaatsa rural municipality who got the nomination from the SDE chapters of the Seto region. Laanemets said he is standing for chairmanship because he finds that the party must move forward in a different way in order to not become a niche party.

"I believe that the main policy and the perceived policy of this party should not be  confrontation with EKRE, but creating an equal society and reducing inequality," he said, referring to the Estonian Conservative People's Party (EKRE).

According to Laanemets, Estonia needs a strong regional policy with specificities, paying jobs and attaching value to the working person. He said that while SDE is someone that stands for the working person, there has been a lot of distancing oneself from that topic in the past four years.

"Aktuaalne kaamera" has learned that several SDE ministers of the outgoing government may stand for the top post. Laanemets, too, named several ministers as potential candidates.

While Laanemets said that also Marina Kaljurand, the former foreign minister who tops the SDE ticket for next month's elections to the European Parliament, has been spoken about as a potential candidate among SDE members, Kaljurand said on Thursday that she is not vying for chairmanship of the party.

Raik meanwhile said that becoming the leader of the party was not her heart's desire and that her wish was to work in the Riigikogu and for the city of Narva.

Indrek Saar, the minister of culture and deputy chairman of the party, did not rule out seeking the party leader's job.

"I haven't decided about it yet, but I definitely will in the coming few weeks. Knowing that the convention of the Social Democratic Party where the governing bodies are elected will take place on June 9, this decision has to be made sooner of later," he added.

Saar said that considering the fears that are spreading in society, more of Social Democracy, which builds a balanced society, is needed. Saar admitted that the verdict of the voters in the last elections -- 10 seats in the Riigikogu --- demonstrates that Socialists have a problem with image.

Sven Mikser, the outgoing foreign minister, also has yet to decide about his bid.

Mikser said that if there are such people among the candidates whose vision speaks to him, he is prepared to support them, but is not afraid of the work of party chairman himself should that be necessary.