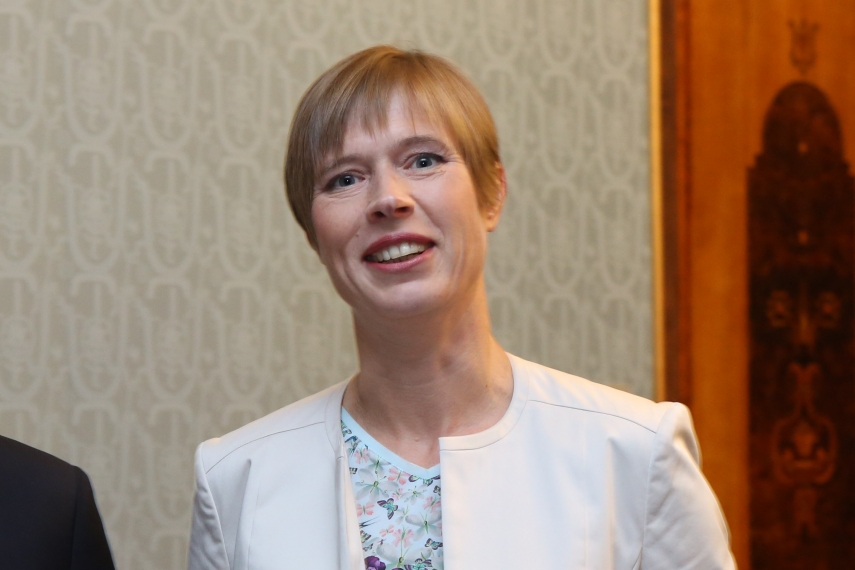 In order to do that, they should spend 2% of their gross domestic product on defense, Kaljulaid said.

"The efforts currently made by all our partners and allies in the NATO to consolidate collective defense capabilities are more serious than ever before," Kaljulaid said, speaking during a live concert on occasion of 101st anniversary of the Republic of Estonia on Sunday.

"The armies of European nations should become stronger, as should the defense cooperation between the NATO and the European Union. And we should strengthen our conviction that spending on this is unavoidable," she said.

She suggested that all European countries should agree to allocate 2% of GDP for defense.

"We must bear in mind that there are always a few nations not interested to go along the path of peaceful co-existence. Although, rhetorically, they may support that, in real life they are guided by the might-is-right principle," she said.

Estonia is consistently helping other countries solve their problems, Kaljulaid went on.

"For instance, Georgia and Ukraine made quite a few mistakes in 1990s. In particular, they underrated the importance of the rule of law principles for their development. But it doesn't make any sense to tell them: "It's your fault!" Every nation can do better. On the other hand, keeping the focus of international attention on those peoples chained to the past by Russia, serves the cause of further strengthening our security," she said.

"There are some evil states in this world, but none of them succeeded in achieving what we have achieved," she said.

Kaljulaid listed the country's achievements, including innovative solutions in the public sector and creating a country that boasts a successful business environment.

"Today Estonia's success story is a good example and a source of hope for many," she said.

Touching on the debate going on inside Estonian political parties discussing a transition of Russian-speaking schools to a system where every subject is taught solely in the Estonian language, Kaljulaid spoke for creating a unified school system in the country, one that uses only the Estonian language for education. "The preparedness for this kind of change is constantly rising among our Russian-speaking compatriots, too," she said.

"Of course, the road between an ambition and a plan is long and somewhat difficult, and, by the way, it's costly. But still we must go this way in order to ensure the protection of the Estonian independence and the Estonian language and culture, and the creating of equal opportunities for all the people living in this country," Kaljulaid said.