airBaltic participates in Airbus A220 tour around the Pacific region 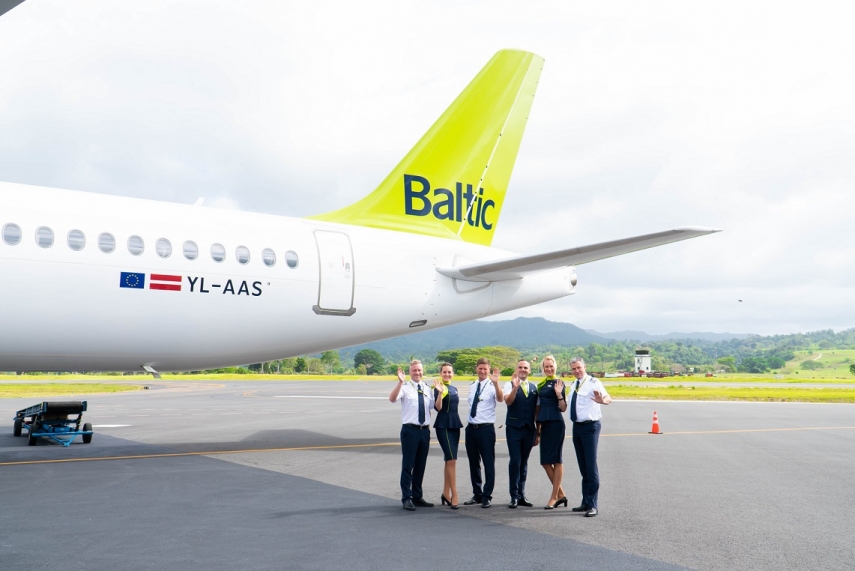 RIGA - Latvian airline airBaltic participates in a manufacturer’s Airbus extensive tour around the Pacific region showcasing its A220-300. In total airBaltic’s A220-300 will visit nine destinations in seven countries, including three stops in Asia on the return journey to Europe.

The first stop of the tour was the Pacific island nation of Vanuatu. The aircraft will then visit Australia (Sydney and Brisbane), New Zealand (Auckland), New Caledonia (Noumea) and Papua New Guinea (Port Moresby). On the way back to Europe, the aircraft will make a stop in Cambodia (Phnom Penh) and India (Bangalore and New Delhi).

As informed previously, airBaltic aims to minimize complexity and benefit from the additional efficiency of the Airbus A220-300  aircraft which will be the only jet type operated by airBaltic by the end of 2022.

airBaltic serves over 70 destinations from Riga, Tallinn and Vilnius, offering the largest variety of destinations and convenient connections via Riga to its network spanning Europe, Scandinavia, the CIS and the Middle East.