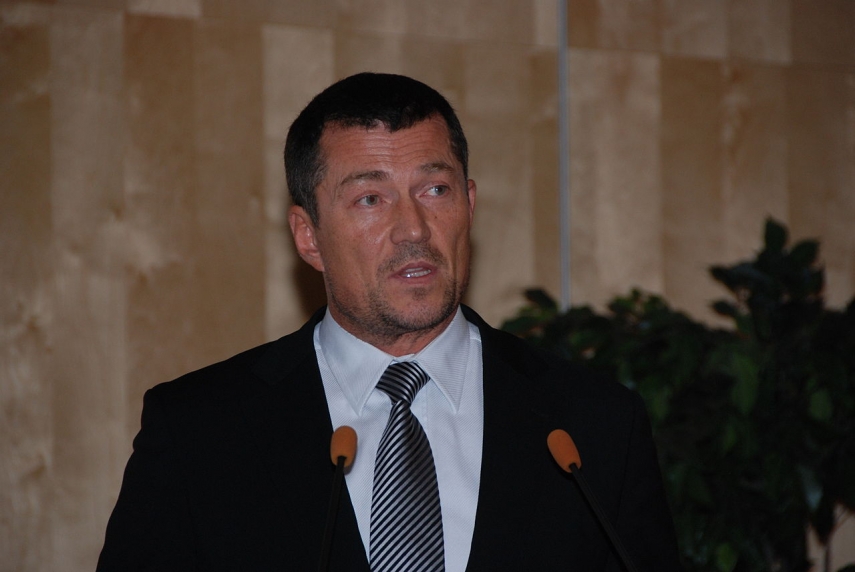 From 1996 to 2013 Zagars was the head of the Latvian National Opera. He was elected to the Riga City Council in June 2017 as a member of For Latvia's Development party.

According to LETA archives, Zagars worked at Daile Theater as actor until 1994. He made his directorial debut with Richard Wagner's Flying Dutchman at the Dalhalla Opera Festival in 2002, and later staged the opera at the Latvian National Opera in 2003. He became a theater director at Daile Theater in 2015. Zagars has staged a number of plays and operas in Latvia and abroad - in Hong Kong, Russia, Lithuania, France, Hungary, Turkey, Czech Republic, Slovakia, and others.

As an actor, Zagars acted in a number of films, including in Aloizs Brencs' Long Road in the Dunes (Ilgais Cels Kapas, 1981), Arvids Krievs' Picture of a Woman with Wild Hog (Fotografija ar Sievieti un Mezakuili, 1987), Anna Viduleja's Homo Novus (2018) and many others.

Zagars received France's Legion of Honor order in 2001 and Latvia's Order of the Three Stars in 2002. He has also received orders in Netherlands, Lithuania, Estonia, and Russia.

In 2016, Zagars established a foundation to support cultural projects, especially in music and art.

In 2003, Zagars opened several cafes in Riga, including Osiris and Deco Bar. According to Firmas.lv, Zagars was a shareholder in companies Animus, Momento, Symposium, Grenins, and Anno 2012.

President Raimonds Vejonis, Latvian Ambassador to Great Britain Baiba Braze and other dignitaries have expressed their condolences to Zagars' loved ones, friends and colleagues.