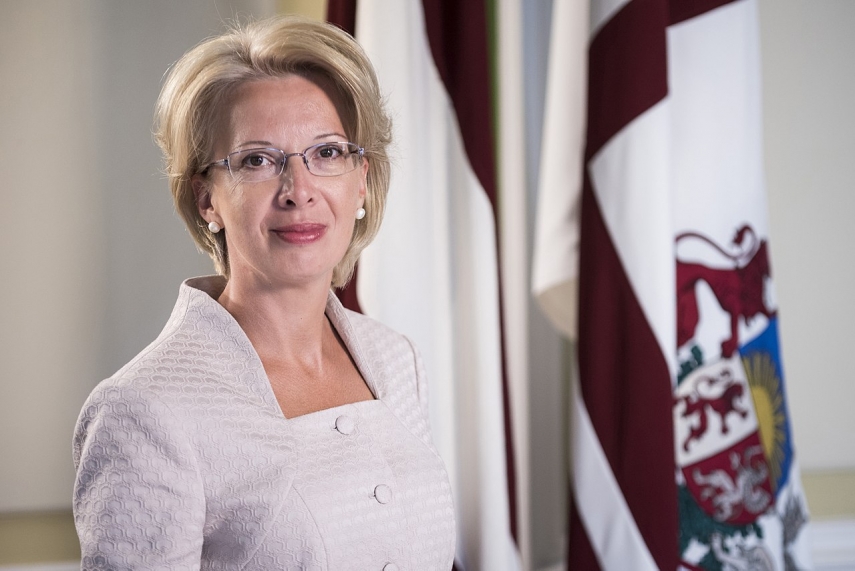 RIGA - The ability to work together and negotiate is the key to a strong European Union’s future, Latvian Saeima Speaker Inara Murniece (National Alliance) said in her speech at an event in Poland marking the 450th anniversary of the Union of Lublin.

As LETA was told at the Saeima press service, Murniece said that like the Hanseatic League and cooperation with northern neighbors, the Union of Lublin has promoted European integration.

The Saeima speaker indicated that the Union of Lublin reminds of Europe’s unique history and that its legacy highlights the tradition of parliamentarism, religious freedom and cultural diversity, as well as close regional cooperation - the basis of Europe’s integration.

Europe’s history shows that no country can cope with global challenges on its own, Murniece said, adding that European politicians need to be active, developing the EU’s Eastern Partnership policy to promote democratic reforms in partner countries.

Murniece is accompanied on her visit to Poland by Linda Ozola (New Conservative Party, JKP), who chairs the Saeima group for cooperation with the Polish parliament, and Janis Vucans (Greens/Farmers), who leads the Latvian delegation to the Baltic Assembly.

Poland and Lithuania are marking the 450th anniversary of the Union of Lublin, which was signed on July 1, 1569. Under the treaty, the Grand Duchy of Lithuania and the Poland established the Polish-Lithuanian Commonwealth which covered the existing territory of Belarus and Ukraine but collapsed in late XVIII century.