A Tour of the State Small Theatre of Vilnius in Shanghai 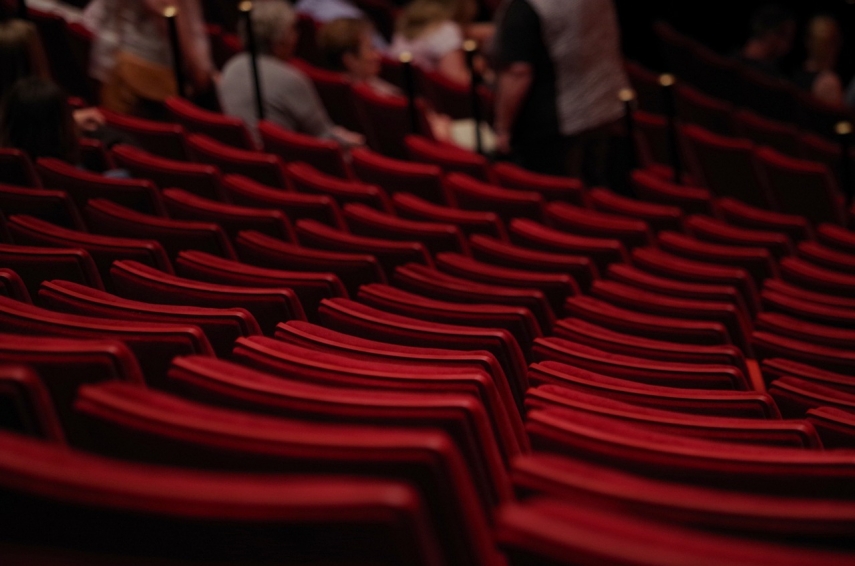 VILNIUS - This year the State Small Theatre of Vilnius (Valstybinis Vilniaus Mažasis Teatras) is participating in one of the most influential theatre festivals in China – Shanghai-Jing’an Modern Drama Valley – due to take place 5–23 May. Lithuanians will stage three performances in Shanghai: the legendary Masquerade and Three Sisters by stage director Rimas Tuminas and this season’s premier A Spiritual Matter based on Ingmar Bergman’s unrealized film script.

“The audiences in China are very receptive, attentive, curious, and marvelling at everything: the protagonist, character and stage space. I think we will face the audience, which know what they want from the theatre: creative spirit and the opening-up of the human soul. I very much look forward to meeting the spectators in Shanghai”, Rimas Tuminas, artistic director of the State Small Theatre of Vilnius, said. Tuminas added that audiences in China knew Anton Chekhov perfectly well. “I came to know this when I led master classes in Shanghai a few years ago. I am pleased that this year we will show Anton Chekhov’s Three Sisters, a play about women cheated and hurt by their fate. They were promised a beautiful life. They want to go to the Promised Land, but that dream of the Promised Land never gets realised”, Tuminas said.

Three Sisters is about the decline of the past, the emerging new world and attempts to adjust to it. Three sisters, Olga, Masha and Irina, live in the province, but are reminiscing about the city, a symbol of a perfect living, which is unattainable, but makes people reach for their ideals.

In his stage performance Tuminas speaks of childhood. “Childhood has its own shine and a sense of security. You feel safe, because you are surrounded by those of your own kind, your relatives. When a family starts to disintegrate, the sense of security erodes”, he said. A special platform was built for the performance. This sets a stage for the lost childhood and security. Very often this platform suddenly appears in the most important situations in life, as though lights up in your face ... In this stage rendition of Three Sisters the themes of family values and cultural decline come to the fore. The performance is full of theatrical playfulness, youthfulness, freshness and inspiring beauty. The atmosphere is filled with contagious conviviality complemented with stage design by Adomas Jacovskis and music by Faustas Latėnas.

Masquerade by Mikhail Lermontov, is another stage performance that the theatre will bring to China. It may mesmerise the audience with its action, events and change. “Ice, water and fire. All those parts the performance raise a real whirlwind: very efficient, sharp and ironic. This is the longest-running performance of the theatre, which has travelled the world and earned many prestigious awards”, Tuminas said. If in the original play the characters live the life of high society, so in the stage performance they all are taken outside the palatial setting, into a yard in winter, on ice, so that they would not have a place to hide, but would skate, slip and run. Lermontov was a passionate person and the stage director tried to convey his passion with action, by talking the characters outside their comfort zone. This is the main aspect during the creative process. This stage performance is like a bullet in Lermontov’s duel, which aims directly at the heart.

“It reminds of a childhood performance, in which our uncles, women, teachers, our first loves, our first heartburns, betrayals, likings participate ... I remember how I used to walk in the footsteps of my teacher, I secretly had fallen in love with, in the snow .... I used to walk a long way”, Tuminas remembered.

This year the world celebrates 100th anniversary of Ingmar Bergman, perhaps the most famous Swedish film director and writer, with his piece A Spiritual Matter. The stage rendition by stage director Kirilas Glušajevas[W1]  is an excellent opportunity to remember the famous writer and his work. Bergman wrote some 300 various texts for cinema, 172 stage performances, and made 60 cinema and television films. Glušajevas implemented one unrealized Bergman’s film script on the stage of the State Small Theatre of Vilnius in Lithuania, which will be shown on 17 May at Shanghai Daning Theatre.

A Spiritual Matter is a performance about the inside world of a woman. About childhood sores. Fear of aging. About the unsightly, beaten-up and tired soul. “This performance is intended for those who constantly question: who am I, what am I doing, am I here, perhaps it’s time for me to start doing what I really want? What are MY real wishes? These are the questions relevant not only for women. Men may find it interesting to learn about women in this performance and through learning about women to learn about themselves,” actress Gintarė Latvėnaitė commented. In this performance she does not speak about the public, official side of a person, but rather about his/her inside – usually complicated, problematic and even dangerous. This theme is at the core of Bergman’s creative work.

In 2018 there will be numerous opportunities for cinema and theatre fans to remember the great Swedish artist, Bergman, and A Spiritual Matter is one of such great opportunities, which cannot be missed.

A meeting-discussion is also planned in Shanghai with Rimas Tuminas, a world-renowned stage director. It will be aimed at theatre professionals, teachers, students, media representatives, and all interested people.

“We need theatre for spiritual purification. It invites the humanity to relive the catharsis and to be creative. Theatre also has a soothing effect, it helps us not to be afraid of death and believe in eternity. It allows us to understand that all of them – the spectators – are creative and absolutely indispensible in life. Theatre is a road of peace”, Tuminas said and invited to the performances of the State Small Theatre of Vilnius at Shanghai Daning Theatre:

17 May at 19:30 Ingmar Bergman, A Spiritual Matter by Kirilas Glušajevas;