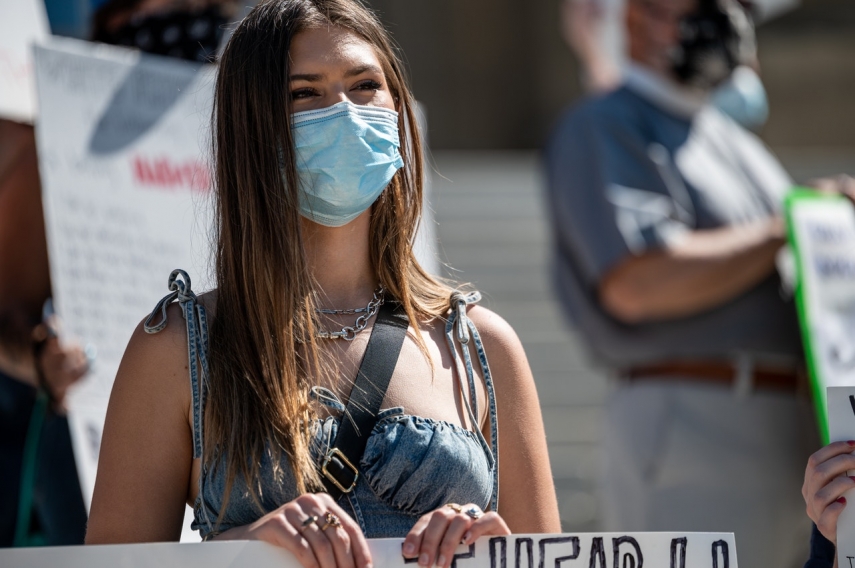 RIGA - Tonight, a couple of thousand of protesters have gathers in Old Riga to protest against mandatory vaccination against Covid-19, LETA observed.

About 200 people had arrived by the Freedom Monument, guided by politician Ainars Slesers. His team addressed the audience, presenting activists of the new party - Latvia First (LPV). As the number of people were growing, they headed to the Riga Castle.

By the launch of the picket at 8:00 p.m., a couple of thousand people were gathered. Another picket was announced at Ratslaukums by the Riga City Council, but there were not that many people.

The number of protesters exceeds the currently allowed maximum number of people for public gatherings. There is police patrolling on the site and barrier have been set up. People do not observe the required distance and are not wearing masks.

The State Police said it sees high provocation and violence escalation risks in these events and called on people not to join them. Also, the police said that it is important to observe all epidemiological safety rules.