Zuokas predicted to win another term as mayor of Vilnius 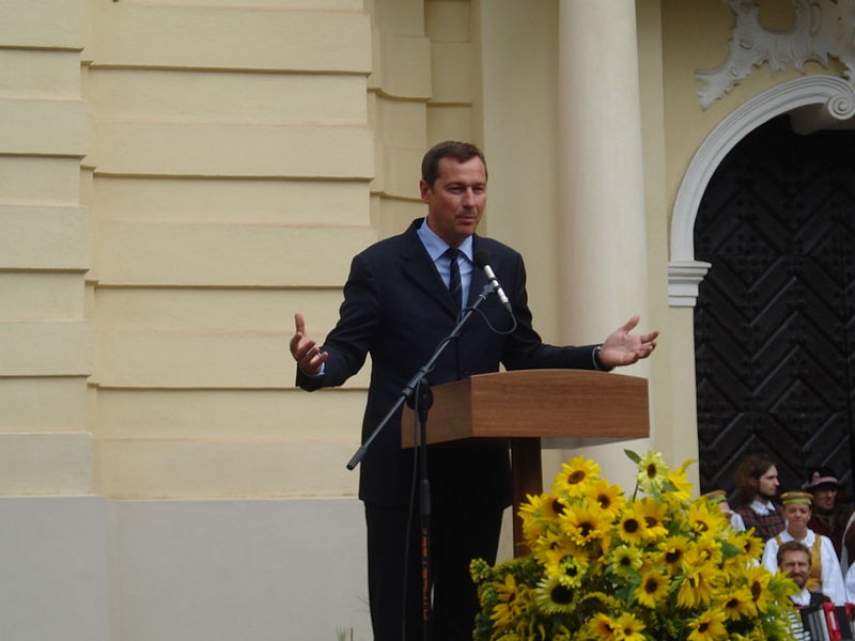 Some betting companies in Lithuania allow placing bets on who will win the upcoming mayoral elections in Vilnius. At the moment, the current mayor Arturas Zuokas is predicted to have the best chances of winning, while Julius Panka from the Lithuanian Nationalist Union has the slimmest chances.

Second in line comes MP Remigijus Simasius from the Liberals Movement; his coefficient stands at 3.2.

MEP Valdemar Tomasevski from the Leader of the Electoral Action of Poles in Lithuania and MP Naglis Puteikis, an independent candidate, come third and fourth, as they both share the coefficient of 6.

It is also predicted that Zuokas, Simasius, Tomasevski, Puteikis, Conservative Mykolas Majauskas and Petras Grazulis from the party Order and Justice will make it to the second round of elections.

On 1 March, Lithuanians will elect a total of 1,524 councillors in 60 municipalities. Moreover, this will be the first ever direct mayoral election in the history of Lithuania.

Arturas Zuokas represents the political party Lithuanian Liberty Alliance - Liberals, and has been mayor of Vilnius since 2011. This is his second stint as mayor, as he also held this position between 2000 and 2007. He is best-known outside Lithuania for running over a parked car in a tank as part of a stunt to demonstrate his tough attitude towards illegal parking.