Zapad exercise to be similar in scale to that of 2017, Lithuania's chief of defense says 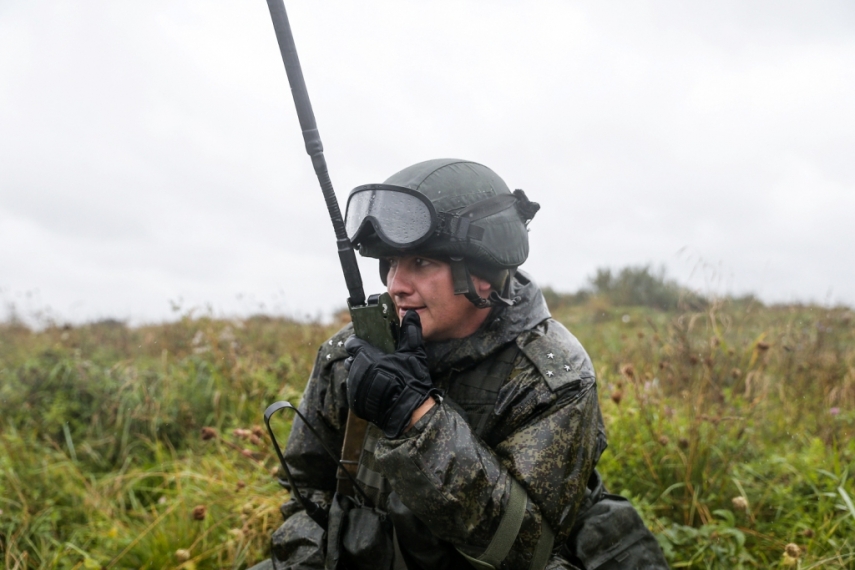 Photo: Ministry of Defence of the Russian Federation

VILNIUS – Zapad 2021, a joint Belarusian-Russian military exercise planned to be held near Lithuania's border next month, will likely be similar in scale to the one that took place in 2017, Lithuania's chief of defense said on Friday.

"The scale is very similar: some numbers are declared because of international exercise control issues, and the total number of participants is higher, because it is hidden under other drills, but things are very similar to what they were in 2017," Lieutenant General Valdemaras Rupsys told reporters.

Yevgeny Ilyin, first deputy chief of the Main Directorate for International Military Cooperation of the Russian Defense Ministry, said earlier in August that next month's war games on the territory of Russia and Belarus would involve up to 200,000 troops, around 80 aircraft and helicopters, up to 760 pieces of military equipment, including 290 tanks, and up to 15 ships.

Rupsys said the Zapad exercise was "more focused on the whole European part", rather than on Lithuania or the Baltic region.

"It is quite calm at the border as far as exercises or the use of military capabilities are concerned," the general said.

Russia has deployed as many military personnel in Belarus as it has declared in advance, he noted.

The Lithuanian Armed Forces and NATO allies are ready for next month's Zapad exercise and situations, both planned and unexpected, that may arise during the wage games, according to Rupsys.

Prime Minister Ingrida Simonyte has said that irregular migration via Belarus is posing a threat to Lithuania's national security in light of the upcoming military drills.