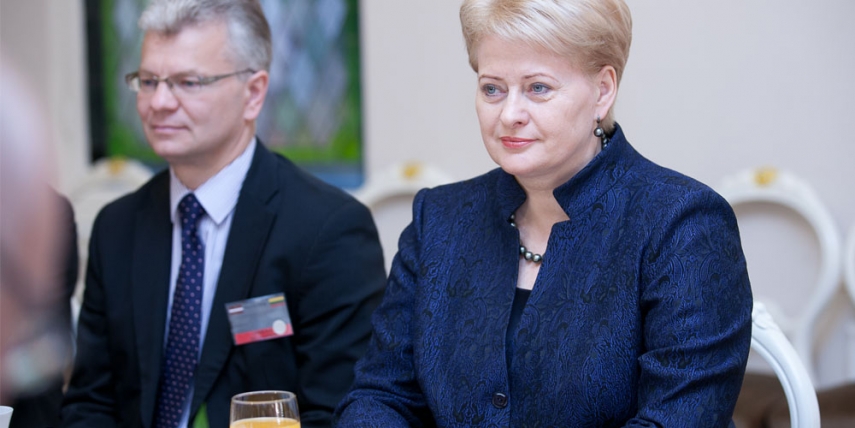 "All of today's greatest challenges — from climate change to fighting terrorism or ending the world's deadliest conflicts — can only be resolved with full participation of both genders and especially women," Grybauskaite asserted in her speech at the UN General Assembly in New York today.

According to Grybauskaite, raising women from poverty is far more difficult, furthermore, women are also subject to gender-based discrimination, stereotypes, and social marginalisation.

She noted that, while approximately half of the world's agricultural work is done by women, when there is a food shortage, women are impacted first.

"In times of hunger, women give the little food they have to their children. In a bread line, however, they often end up being pushed aside or abused," she said.

Grybauskaite pointed out traditions in some nations which force girls to marry young, barring them from future education, higher income, and independence.

"However, it can be achieved, if each of us finds the strength and courage to become part of the change by encouraging women to dream big and demand their rightful place at national parliaments, negotiating tables, science labs and company boards, ensuring that nothing can stand in the way of a girl’s dream to receive free quality education, combating gender stereotypes and abusive social practices, making sure that laws give women and girls equal voice and power they deserve, reducing the cost of violence against women so that 2 per cent of the world's GDP could be directed into poverty reduction and development," Grybauskaite said at the 71st session of the UN General Assembly in New York, which focuses on the five-year conflict in Syria and global warming.