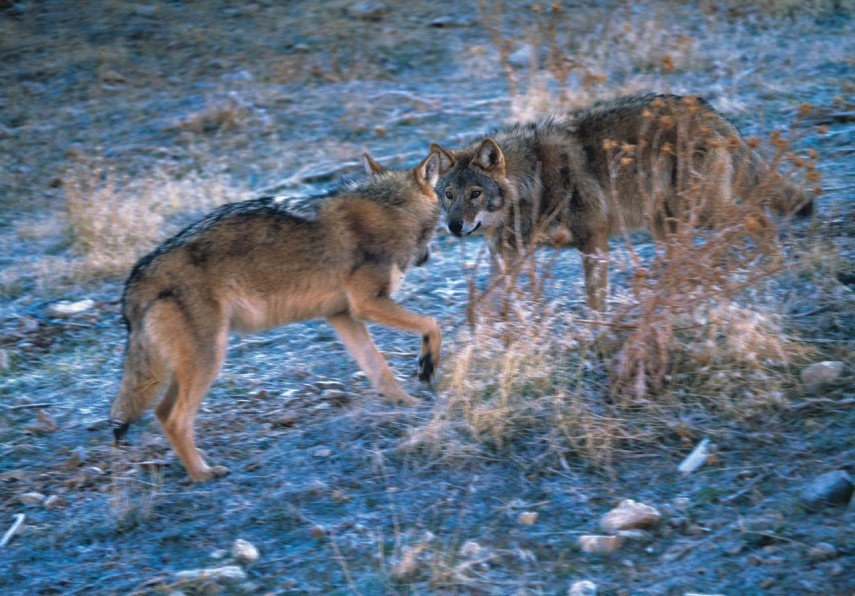 The wolves of Kemeri National Park near Jurmala, Latvia are becoming a major problem for local residents, the daily newspaper Neatkariga reports today.

People have complained that their dogs or livestock are being killed on a regular basis, and have proposed that the number of wolves be regulated. However, the Nature Conservation Agency of Latvia, which runs the Kemeri National Park, is against it, stressing that it is important to preserve natural diversity in the park.

An unnamed woman from the town of Slampe complained to Neatkariga that the park's wolves are greatly inconveniencing the local residents. The park's administration has estimated the number of wolves in the park as six, but local hunters believe the number to be much higher than that.

Hunters from Dzukste have told stories about wolves hunting new-born wild ox calves and wild foals. One told of six wolves standing around a cow giving birth, waiting to eat the baby. Other hunters claim to have seen scarred horses and oxen.

Andis Liepa, a representative of the national park, says that there are only four wolves and one pup living in the park. Furthermore, contrary to hunters' claim, the wolves do not leave their territory. Stories about wild horses and oxen being hunted down by wolves should be of no concern, he claimed, as this occurs naturally in nature.