With only 19 stores in Latvia, Lidl jumps into the retailer Top3 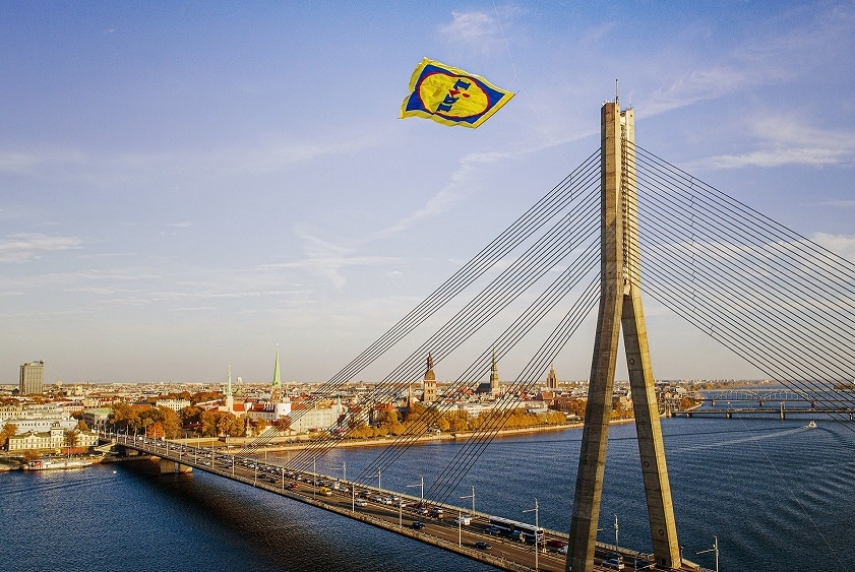 A year ago, on October 7, 2021, Lidl started working in Latvia, simultaneously opening the first 15 stores in Riga and regional cities. Lidl is celebrating its first birthday with a team of almost 2,000 colleagues and 19 stores throughout Latvia, which will soon be joined by the 20th store in Liepāja.

According to the latest data from the market research company NielsenIQ, with only 19 stores in Latvia Lidl has quickly moved into the Top3 of the most visited grocery stores: already 39% of shoppers visit Lidl and 11% of shoppers indicate that it is their main grocery store.

During the year, Lidl has expanded the offer of products produced in Latvia - in addition to high-quality products from Europe and the world, Lidl already cooperates with more than 50 local producers who have obtained international quality certificates and are able to meet Lidl's quality requirements. Some of these local producers sell their products not only in Latvian, but also in Estonian Lidl stores.

Despite the constraints of the pandemic, a year ago the lines of customers waiting at Lidl stores became legendary. Lidl’s model - to offer high-quality private brand food products and everyday goods at the lowest possible price - has been positively noted by 64% of Latvian residents who have visited Lidl, according to the study of the Latvian retail industry conducted by NielsenIQ this summer.

"We are grateful to our customers in Latvia for the fact that for many, Lidl is their first choice for purchasing daily groceries. We have had a great first year of operations in Latvia and we see very positive prospects for further development, which we confirm by opening new stores in Latvia," says Jakob Josefsson, Chairman of the Board of Lidl Latvija. "To thank and to reward our loyal customers in the holiday month - October - we organize a lottery, the main prize of which is a new BMW SUV!"

"61% of Latvia's residents claim that the increase in food prices is one of their main concerns, and 62% change their shopping habits to save money," says Edita Asakavičiene, head of the NielsenIQ consumer research team in the Baltics. According to the August data of the Central Statistics Office, one of the groups of food products whose price increase has been most significantly affected in the last six months is dairy products (prices increased by 39.2% during the year). “The latest data from NielsenIQ show that 43% of the respondents prefer to buy dairy products from "Lidl" stores” - says E. Asakavičiene.

A survey conducted in the Facebook group Lidl discoveries and disappointments shows that Lidl's private dairy brand Pilos is this year's favorite choice. Among the TOP 3 most loved Lidl brands, members of this Facebook group also included nuts and dried fruits of the Alesto brand, as well as meat products of the Dulano brand. Among the brands of non-food goods, the respondents singled out Lupilu (children's clothing, diapers, baby food, etc.), W5 household chemicals and automotive care products, as well as Cien cosmetic products.

Almost 2,000 new jobs have been created

Since the start of its operations in Latvia, Lidl has created almost 2,000 new jobs and was recognized as the best employer in the retail field in the CV-online TOP employer survey.

The company has also opened its doors and heart to the people of Ukraine, providing many refugees not only with donation support, but also with well-paid jobs in stores and in the logistics center.

Lidl was fully ready for the introduction of the beverage deposit system on February 1, as the only retailer in Latvia who directly purchased, installed and serviced the necessary vending machines. In total, Lidl has invested almost 4 million EUR in the creation of the taromat system. Deposit Packaging Operator (DIO) has recognized Lidl as the most customer-friendly deposit system among retailers. From the middle of September, all Lidl stores also offer the opportunity to donate deposit money to the Latvian Samaritan Society for lonely senior citizens of Latvia.

Lidl uses only 100% locally produced green electricity in its stores, office and logistics center, and in the summer of 2022 solar panels were installed on the roofs of two Lidl stores in Riga.

Lidl, as part of the Schwarz retail group headquartered in Neckarsulm, is one of the leading companies in the food retail industry in Germany and Europe. Lidl is represented in 32 countries around the world and currently operates over 12 000 stores and more than 200 logistics centers and warehouses in 31 countries worldwide, and is represented in Asia.

SIA Lidl Latvija was established in February 2018 and opened its store network in Latvia on October 7, 2021. Currently, Lidl Latvija has 19 stores in 11 Latvian cities. A team of almost 2,000 colleagues works in the company's logistics center, stores and office. See more about Lidl Latvija at: Lidl.lv and LinkedIn.