With an Investment of EUR 100,000 Draugiem Group Creates a Unique Concept Adventure Game 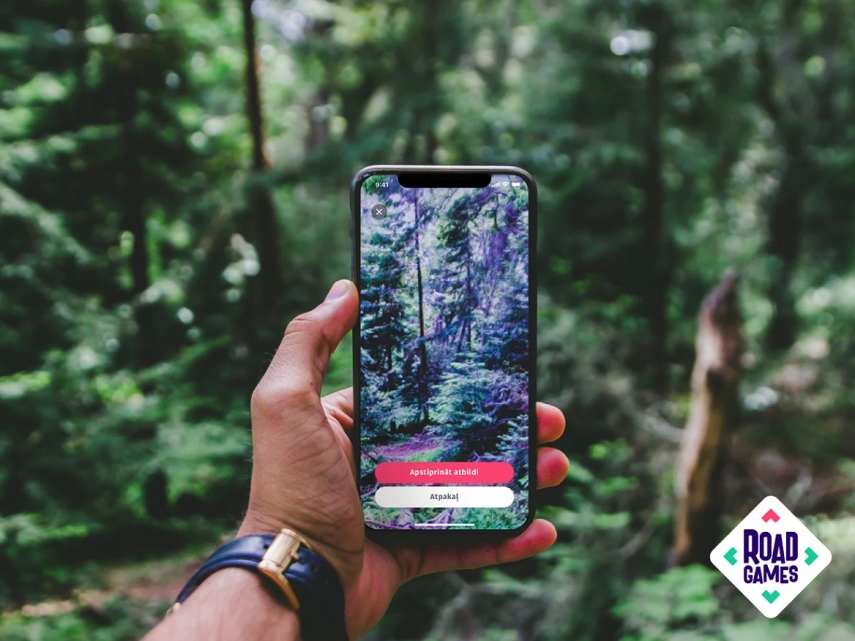 RIGA - With an investment of EUR 100,000 Latvian technology company Draugiem Group has created Roadgames, an adventure travel game with a unique concept. The first game, for which registration has already begun, will take place in Latvia on 11 May, with seven tasks testing participants’ ingenuity and ability to meet challenges revolving around 500 sites in Vidzeme. With the investment of an additional EUR 350,000, it is planned to adapt the game for the global market.

Roadgames is a broad scale geolocation team game in a real environment and as an app. Its concept is based on three parts – the chance for anyone to engage in creating the game’s content, an app with geolocation tasks and a surprise event for participants at the end of the game. The goal of the game is to give people the chance to be active outside their home, to get a taste for adventure and to show them just how many places there are all around us that we’re not aware of.

“For 15 years, our game has been a team building event for colleagues, for the past seven years it has been enjoyed by clients, and for the past three years by Draugiem.lv users. Just a year ago, we decided to offer it only in Latvia, but also elsewhere in the world. On our travels, we’ve always enjoyed discovering and visiting places not mentioned in travel guides or which only locals have been able to tell us about. In order for Roadgames to become an unforgettable adventure for anyone, we’ve upgraded the game not only technologically but also in terms of its content,“ explained Roadgames CEO Liene Grenevica, inviting people not only to register for
the game, but also to create their game point at: http://www.roadgames.lv/lv/user-content.

In creating the content for Roadgames, tasks have been included to test the competitors’ physical and mind skills, as well as to ensure that the participants enjoy themselves, discovering Latvian and visiting places they’ve never been to before.

The tasks are of various types and degrees of difficulty – including finding treasure marked on the app’s map, negotiating a specific route during a set period of time; recognising nature, art, architecture and other locations in their real environment on the basis of a given photograph, searching for hidden spots on the same, arriving within a set radius and tracking a percentage scale on the app, etc.

The game’s tasks will be revealed on the app at 10.00 on the day of the Roadgames competition. Starting from any location, teams must plan their route in order to collect as many points as possible during the next seven hours. At the end of game, the team must reach the finish which will be announced soon. Teams may be made up of two to five people.

Detailed rules are available and you can register at: www.roadgames.lv. The Roadgames app for iOS and Android smartphones will be available in April. The game will also be available after 11 May.

Liene Grenevica also pointed out that the next game would take place in the autumn in another district, which for the moment she didn’t reveal. With the investment of another EUR 350,000, it is planned to adapt Roadgames to the global market. The first country in which it will be rolled out internationally will be Germany. The goal is to attract enthusiasts, who are ready to share the places they know or have newly discovered, engaging in the creation of the game’s contents, thus giving adventure seekers the chance to discover it.

Roadgames has been developed and organised by Draugiem Group, while the first game on 11 May is being supported by Latvia’s biggest fuel retail company Circle K and LAMB car club, as well as information supporter radio Star FM.

Draugiem Group’s origins date back to 2004, when the social network Draugiem.lv was founded. Currently, the group has 12 brands: Roadgames, Printful, Mapon, Istabai, Fast Brands, Startup Vitamins, DeskTime, Vendon, Tachogram, GiftCard, Pērkam Kopā and Draugiem.lv. In total, the companies currently employ over 550 people, of whom 250 are in Latvia and 300 in other parts of the world including the USA, Spain and the Nordic countries.

*Roadgames is open to participation by people aged 13 years of over, but to be a driver – you must be a participant with a corresponding category vehicle driver’s licence.