Wild boar attacks dog and its walker in Riga suburb 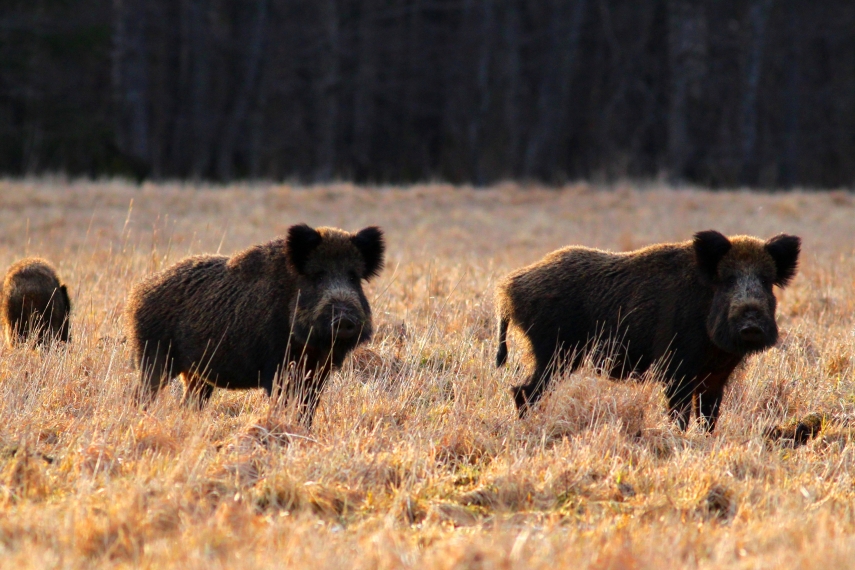 The Latvian section of pan-Baltic news portal DELFI, DELFI.LV, has reported a wild boar attacked a woman walking her dog in Riga’s Jugla neighbourhood on the evening of Sunday May 17.

The owner, known only as Irina, told DELFI.LV she was walking her dog when she noticed her neighbours had already seen the wandering boar and were trying to scare it away with fireworks.

Irina went onto explain “the boar walked over, watched it [the firework]  explode, then went back to its piglets.

DELFI.LV suggested the noise “may have disturbed the animal.”

It then reported that when the boar saw Irina and the dog, it lunged at them.

"I thought the dog would be torn to pieces,” she said. “But it only suffered serious injuries to one leg.

“Myself, I ran away and hid behind some parked cars.”

Following the attack, the dog was taken to a vet who explained it was the third to be injured by a wild boar that week.

According to DELFI.LV, Irina has turned to the Latvian State Police and the Riga City Council, requesting the wild boar problem be urgently solved.

In 2015, sightings of wild boar in the Latvian capital have not been uncommon. In early May, a group were witnessed visiting the Freedom Monument in the heart of the city.

In March, footage of 12 wild boar grazing on a tramline once again in Riga’s Jugla district was taken.

Riga Mayor Nils Ušakovs said the presence of wild boar shows the city’s ecological situation is what it should be.

It is estimated there are around 30,000 wild boar living wild in Latvia.