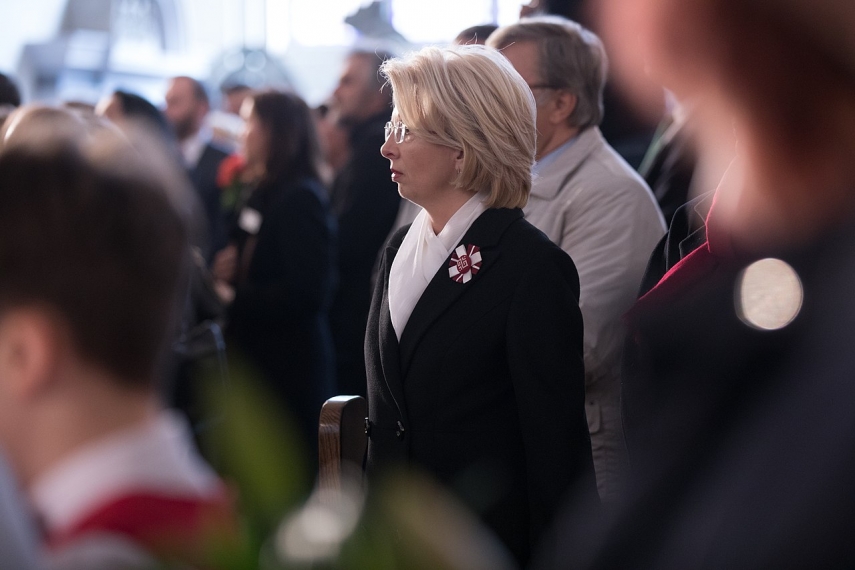 As LETA was informed by the Saeima's Press Service, Murniece said that the Council of Europe has put forward a unique set of standards for human rights, rule of law and democracy during its 70 years of existence.

She also said that the resolution on the unconditional return of the Russian delegation to the Council of Europe's Parliamentary Assembly casts doubts on the credibility of the organization. ''The resolution was passed as Russia continues its military aggression in eastern Ukraine and annexation of Crimea,'' she reminded.

"Russia has not done anything to resolve the conflict in Ukraine and Georgia," Murniece said, reminding that Russia's voting rights were suspended in response to the first annexation of a sovereign state in Europe since the end of World War II.

The speaker of the Saeima also emphasized that Latvia and other like-minded countries voted against the resolution and are interested in restoring confidence in the Council of Europe and its Parliamentary Assembly.