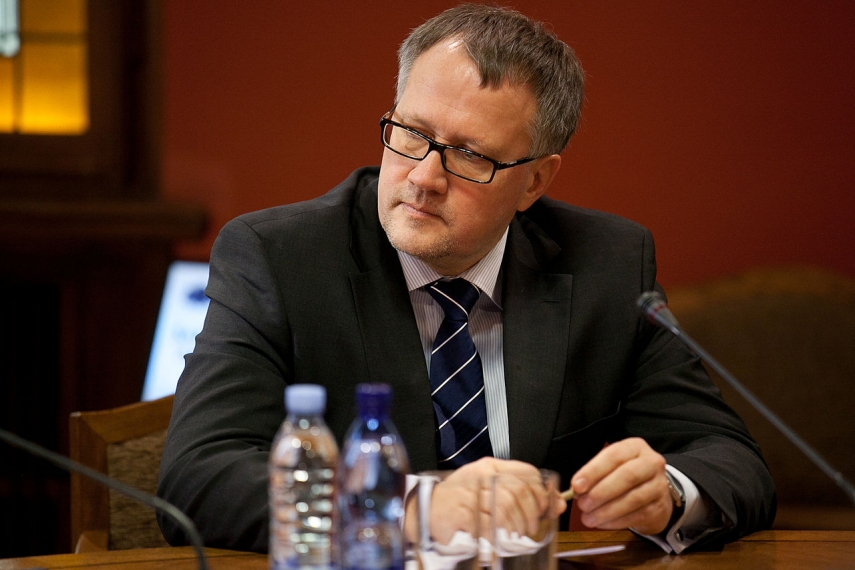 RIGA - If elected chairman of Unity, Economics Minister Arvils Aseradens will try to mobilize the democratic wing to prevent Aivars Lembergs (For Latvia and Ventspils) or Nils Usakovs (Harmony) from becoming the prime minister of Latvia, as Aseradens said in an interview with the LNT television today.

According to Aseradens, the situation within Unity is very complicated, and that is the reason he decided to run for Unity's chairman. The party is responsible to its voters, he added.

First of all, Unity is responsible for ensuring stability in the government's work. Second, the next Saeima elections are nearing, and two major political forces are becoming increasingly prominent. "We have to pull together and consider the future of Latvia".

One of these political forces is pro-Kremlin, said Aseradens, reminding of Harmony's success in the local elections.

The other one is made up of those involved in state capture. "We can see that this [political force] is well represented in the parliament," said Aseradens, adding that it was proved by the election of Inguna Sudraba (For Latvia from the Heart) as the head of the investigative committee probing the "oligarch affair".

If nothing changes, the country may be run by Usakovs or Lembergs from October 8 next year. "The consequences thereof could be very dramatic," said Aseradens, explaining that Latvia would no longer be considered a European country, but a post-soviet republic.

The democratic wing has to reach agreement on the priorities. A new political association could be set up eventually, said Aseradens.

As for the future of Unity, an effective board has to be elected for the party at the upcoming congress, squabbles have to stop, Unity has to realize its mistakes and agree on its future policies. "I hope that Unity will pull itself together and clearly redefine its course," he said.

"Unity's success story will be a symbiosis between senior politicians and newcomers, and some of the senior Unity members will possibly have to step aside to give way to young politicians," said Aseradens.