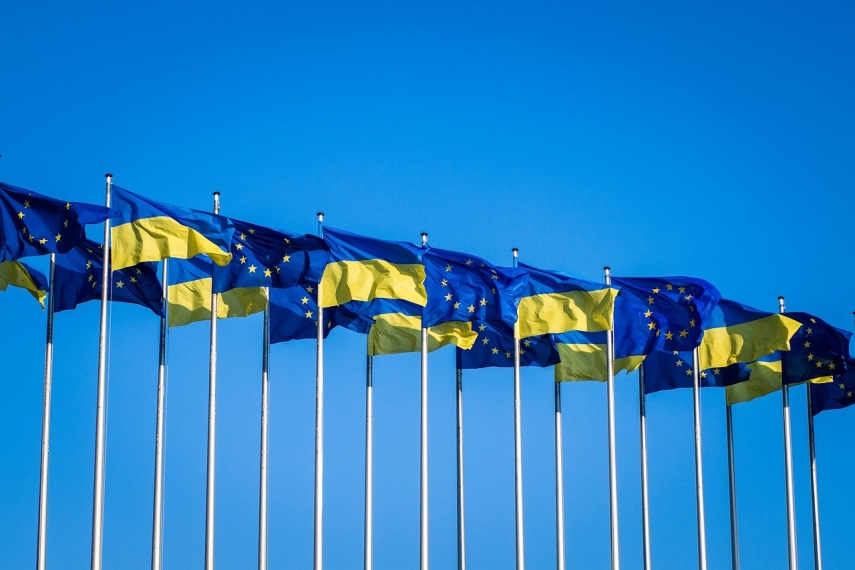 RIGA - On Wednesday in San Francisco, the Parliamentary Secretary of the Latvian Ministry of Foreign Affairs, Zanda Kalnina-Lukasevica, took part in a round-table discussion organized by the Stanford University Libraries and the Europe Center on Russia’s aggression against Ukraine and its impact on security.

The Parliamentary Secretary noted in her remarks, that the unwavering support to Ukraine and Ukrainians in their fight for common values and a free, democratic Europe at peace was a conscious political choice. “Our common security and the long-term stability of the international rules-based order depends on the outcome of this war,” Kalnina-Lukasevica underlined in the discussion.

The Parliamentary Secretary reaffirmed the need to maintain the unity of the democratic world and the majority of the world in continuously increasing pressure on Russia to diminish its capacity and appetite for continuing this war: “We have to bear in mind that if not stopped in Ukraine, Russian aggression will continue to expand.”

In an exchange of views, Kalnina-Lukasevica underlined that we must be ready for substantial and continued support to Ukraine in a protracted war while working diligently on strengthening the resilience of our societies. The Parliamentary Secretary thanked the closest allies and US leadership for their unwavering support to Ukraine, as well as their contribution to fortifying defense and deterrence in Latvia and throughout NATO’s eastern flank.

“The strategic security environment has been irrevocably changed throughout the Euro-Atlantic area and the new reality of today demands a fundamental shift in our long-term defense and deterrence posture. To safeguard Euro-Atlantic security from immediate and long-term consequences, we must reset our deterrence and defense solutions across all domains,” the Parliamentary Secretary said.

A response from the democratic world to the Kremlin has to be steadfast. “The fight for democracy never ends. It starts and ends with us. And it is up to us to determine a future of freedom, democracy, and the rule of law,” Kalnina-Lukasevica emphasized.

Kalnina-Lukasevica, the Ambassador-at-Large for the Diaspora, Elita Gavele, and the members of the Latvian delegation met with the Vice President of the Northern California Latvian Association (ZKLB) and President of the Board of the American Latvian Association, Martins Andersons, members of ZKLB, and the Latvian community in San Francisco. The topics discussed were latest developments in Latvia, the region’s security, and the involvement of the Latvian community abroad in providing assistance to Ukraine.

The Parliamentary Secretary also took part in a business networking event in San Francisco. This week, the West Coast of the United States is hosting a Trade Mission from the Investment and Development Agency of Latvia to build contacts between Latvian businesses and potential investors and companies representing various sectors.