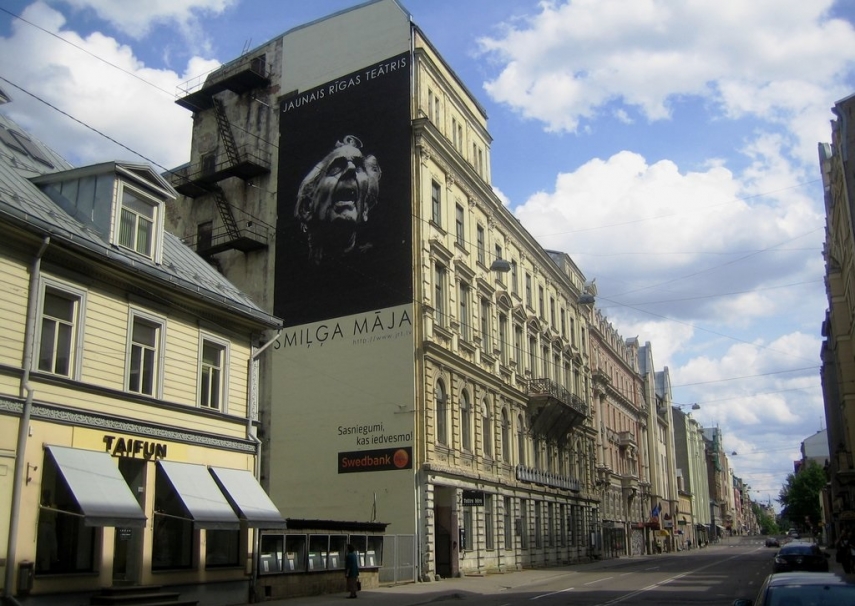 He indicated that VNI planned to take over the theater’s construction site at 25 Lacplesa Street in Riga from ReRe Buve 1 general partnership this Tuesday, but since the contractor is refusing to leave the construction site, VNI will soon organize a unilateral takeover in accordance with the law.

“Of course, we hoped that the contractor would do the proper thing, but we were ready for both scenarios – a voluntary handover and the situation where we have to exercise our rights to take over the construction site unilaterally. Hampering the construction site’s takeover is another step by the contractor demonstrating that words of ReRe Buve 1 differ from their deeds,” said Valkers.

As reported, VNI has decided to terminate contract with construction company Rere Buve 1 for reconstruction of the New Riga Theater's building.

ReRe Buve 1 CEO Valdis Koks believes that the VNI's decision is completely unfounded and says that the company will turn to courts in order to have it overturned.

"The contractor was involved in the JRT reconstruction project, relying on the customer's responsible attitude to the project, and relying on Zaiga Gaile, the author of the technical project for the reconstruction, to prepare this project of national importance in good faith, making all the necessary calculations and assessments," said Koks.

He said that when the project began, the construction company was working strictly according to the project, using the solutions and technologies specified by the designer. The builder has identified and to this day continues to identify various significant errors and shortcomings in the technical design that endanger the entire project.

"To date, more than 100 errors have been identified in Zaiga Gaile's project, of which at least 33 were so bad that, had they not been eliminated, the project would have been impossible," said Koks.

Furthermore, as the reconstruction project continued according to the solutions designed by Gaile, settlement of the surrounding buildings was observed. Gaile had not carried out an evaluation of the adjacent structures and what impact the technological solutions envisaged in the project would have on them.

Because of the errors found in the project, Rere Buve decided to suspend work in several areas for safety reasons. "In the rest of the areas, the builder was ready to continue work, which was not permitted by the VNI. The Construction Law and the General Building Regulations stipulate that the builder must work according to the technical design, which must be corrected by its author," explained Koks.

Koks said that Rere Buve was ready to correct the design errors on its own, although this is not a responsibility of the builder. Rere Buve has consistently demonstrated preparedness to provide the necessary solutions, including by attracting world-class geo-technical experts from the Dutch company Witteveen + Bos. Last week, during Rere Buve representatives and Dutch experts' meeting with VNI and the designer, all sides agreed that specific solutions would be prepared by July 30. That is why the VNI's decision is all the more surprising, added Koks.

"We understand the emotional background for VNI's decision to terminate the contract. A poorly designed technical project can delay the construction process. Rational action from the state company would be to make every effort to bring the technical project in order rather than to stop the project completely. We are urging the VNI to reflect on its decision, to withdraw the notice and to focus on constructive implementation of the project. Otherwise, it is quite clear that the JRT will not be able to return to its building within the planned time frames, and the VNI's decision will have a financial impact on the state," said Koks.

VNI signed the construction contract with ReRe Buve 1 on July 3, 2018.