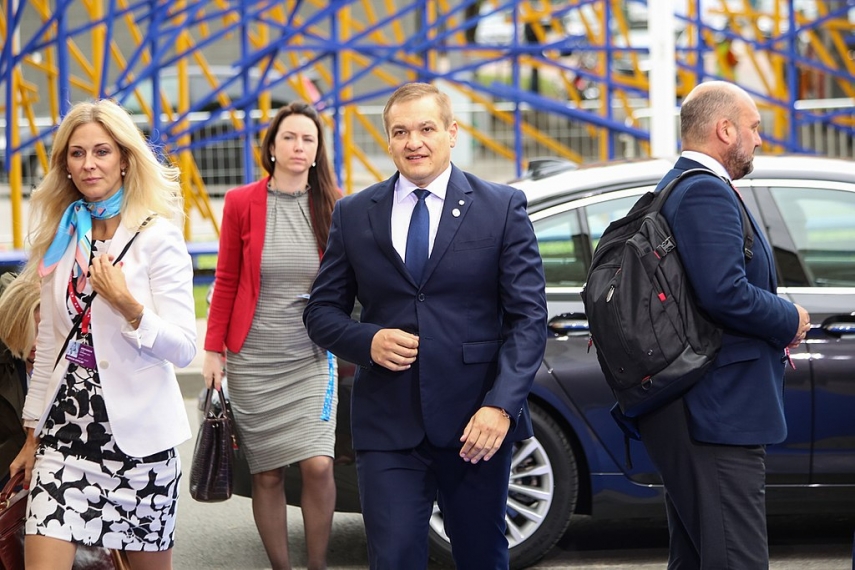 VILNIUS – Visa-issuing delays in the Migration Department subordinate to the Interior Ministry is a result of poor management, says Lithuania's Interior Minister Eimutis Misiunas. The department's director says she has not had time to hire additional staff, as the minister only signed a decree on a bigger staff in late December.

Misiunas dismissed the situation in the department as unacceptable.

"Poor management has again resulted in long lines for visas. The situation is unacceptable. It is sad that the leadership of the department lacks the initiative and strategic thinking along with planning skills," the interior minister told BNS via his spokesman Karolis Vaitkevicius.

In the minister's words, the problems in the Migration Department will be taken into consideration in the evaluation of the performance of its leadership in early 2018.

After the visa processes at the migration institution were stalling for some time last fall, ten police officers were assigned to help the migration authorities but were sent back at the end of last year.

Misiunas said the Migration Department knew in December about the plans to grant additional funding of 140,000 euros for additional staff, however, did not prepare and has not yet published any tenders.

The department's director Evelina Gudzinskaite told BNS that the legal possibility to start hiring new people was only provided in the last days of 2017 after the minister signed the decree on additional staff. She said the hiring procedures were already in progress.

"We cannot put the carriage ahead of the horse," said Gudzinskaite, adding that the visa-issuing procedures would be behind schedule until new people are hired.

The Migration Department said the available resources made it impossible for it to make visa decisions due to increased labor immigration.

On Friday, the institution will decide on the applications filed on Dec. 7, although the processing time should be 15 days.

Last October, the Interior Ministry announced plans to restructure the Migration Department. The interior minister said the reform was being finalized before being presented to the government.