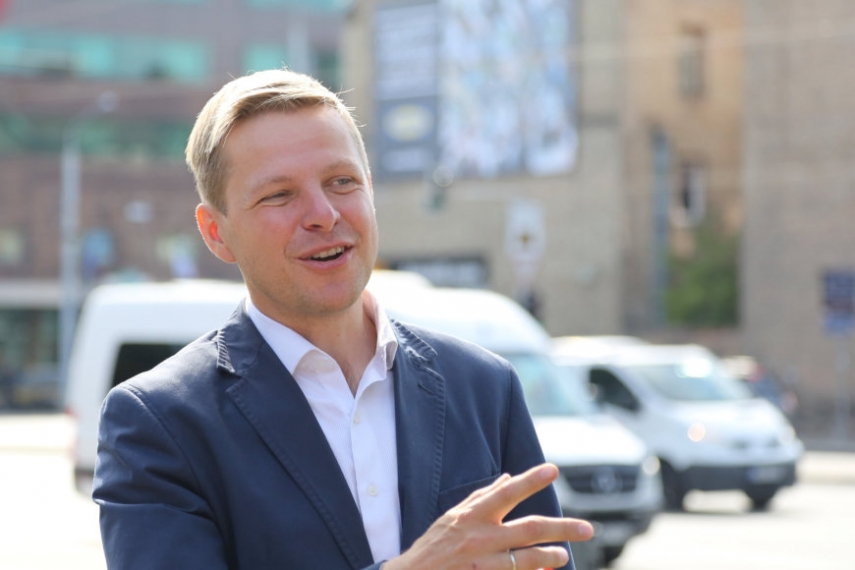 Vilnius Mayor Remigijus Simasius has described the Lithuanian Language Commission’s (VLKK) decision to not allow information signs in English on buses in the Lithuanian capital as “a joke”.

He added despite the commission’s objection, signs in English on buses travelling to-and-from Vilnius International Airport will go ahead anyway.

“It can’t be called anything other than a joke,” Simasius told BNS via his spokesman, Aleksandras Zubriakovas. “The commission's job is probably to object, and our job is to do it - so we'll do it.”

On September 2, the VLKK announced it would not back a public transport initiative to install signs in English on buses transporting passengers between Vilnius' city centre and the airport.

“Attention should be paid to the fact that the main elements on any bus route in Vilnius are location names, which have not been translated," said the VLKK.

“Therefore, it is pointless to install signs on buses in English.”

The commission believes transport information for foreign tourists should be made available at bus stops and information stands.

Vilniaus Viesasis Transportas (Vilnius Public Transport) had asked the VLKK and State Language Inspectorate about the possibility of installing signs in English on buses, in order to make travel easier for English-speaking tourists arriving in Vilnius.