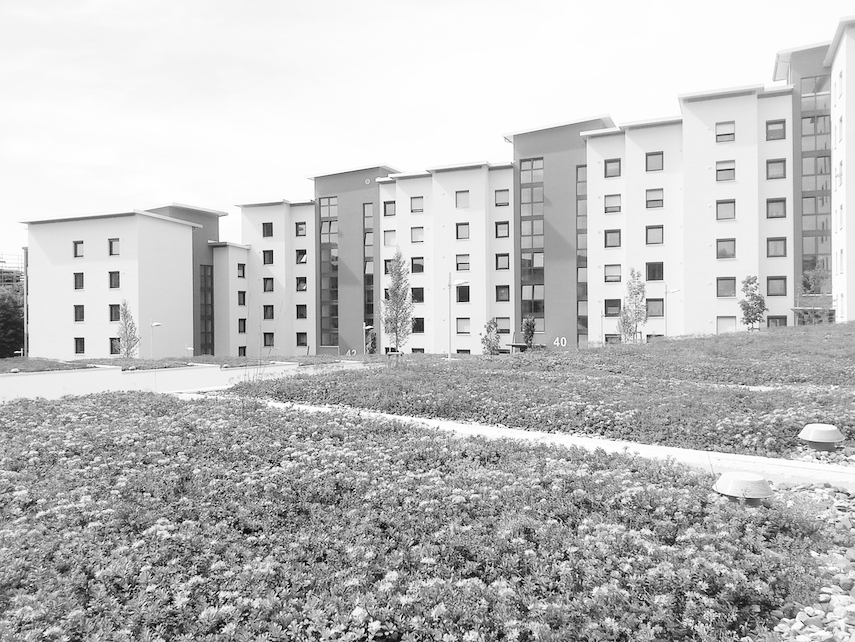 Lithuania’s real estate market has beet robust and setting all-time records as new trends shape out, Raimondas Reginis, Research Manager for the Baltics at Ober- Haus, a major real estate company in the Baltics, told The Baltic Times. “The first half of 2018 in the Lithuanian housing market was one of the most active over the past decade and was comparable to those of 2016–2017 both in the apartment and private house sectors,” he noted.

As you don’t have results for the second half of the year, can you speak about the trends you saw in Lithuanian residential estate sector in the first half of the year? How is it different from a year ago?

The first half of 2018 in the Lithuanian housing market was one of the most active over the past decade and was comparable to those of 2016–2017 both in the apartment and private house sectors. Despite slightly pessimistic moods prevailing early in the year in the housing market of the major cities of Lithuania.

In February, a record low activity in the apartment sector of the country’s capital and, for the first time after a longer period of time, a symbolic fall in sales prices were recorded), in the first six months of the year sales and prices shot up yet again. Of course, very different trends can be observed in different regions or cities of the country – from decreasing to rising indicators in the market activity and diverse price changes.

Slightly negative trends in the new apartment sales prices in Vilnius have been observed over the past six months. If the prices for old apartments in the capital city in the first half of 2018 increased by 1.6%, so the prices for new apartments fell by 0.3%. Although this is a slight decrease in apartment prices, such trend has been recorded for the first time over the past three years. Last time the price decrease trend (for both new and old apartments) was recorded in Vilnius in the second half of 2014, when the then geopolitical situation had a negative impact on both the country’s business and people. Current slight downward move in the price curve of newly constructed properties can be linked to a really significant and sufficient supply of new housing, which prevents a considerable portion of developers from increasing their sales prices as easily as they did before and they even have to compete for more attractive prices with other competitors.

What developments are you registering in the luxurious segment of housing market? Especially in Vilnius?

The housing market in Vilnius has seen substantial changes in the past five years. One of the more significant trends is changes in the structure of supply of new housing. If during the time of the crisis and in its immediate aftermath developers of apartments diverted almost all their investments into the economy and middle class and apartments, so in the past five years a fast increase in the scope of the development of higher-class apartments has been observed.

What can you say about new housing in general?

The supply of new housing in the country’s capital and its suburbs has reached new heights. If over the past five years mainly new apartments have been constructed, so today record indicators of supply in the private house segment are recorded. The development of housing estates with detached and semi-detached houses, which started in 2015–2016, has not slackened its pace.

In 2017 developers in the city of Vilnius and its environs built and offered for sale nearly 590 new houses or as many as 55% more than in 2016, but the plans of developers for this year are even more impressive. In 2018, they plan to build more detached and semi-detached houses of various sizes totalling up to 850. At the same time the indicators of the annual supply of private houses for sale in 2017 and 2018 have been highest in the entire period since the restoration of Lithuania’s independence (e.g., about 440 private houses were built in the city of Vilnius and its environs for sale in 2007).

What determined such rapid development of private houses?

Of course, one of the main reasons is the increasing number of home buyers in recent years who can afford a larger or more expensive housing. Yet this is not the only reason which has determined development of this housing segment. With rapidly growing competition in the segment of apartments in the multi-apartment buildings, more developers and individual investors have decided to offer an affordable housing option to house buyers. I.e. currently small row houses dominate in the housing development market which offer essential attributes of a private house for an affordable price: a separate entrance to the property, some land, a parking space and a small number of neighbours.

Were there any significant residential real estate trends in Kaunas, Klaipeda and Siauliai, the other largest Lithuanian cities? What caused them?

The average apartment sales prices in the five major cities in the country can be essentially divided into three groups. The highest prices of apartments are certainly in the capital of the country. Meanwhile in Kaunas and Klaipėda the prices are almost identical and about 30% lower than those in Vilnius. In Šiauliai and Panevėžys, the sales prices of apartments are also very similar and, compared to the country’s capital, are by nearly 60% lower.

It is likely that in the near future this price gap among the cities will remain essentially unchanged. Even in Kaunas, with the rapid development shown in recent years, the prices will hardly manage to make a more noticeable break away from those in Klaipėda. The situation in Kaunas seems to be following the same path as in Vilnius: the growing demand for housing is offset by the rapidly growing supply of new housing both in the city and the district of Kaunas, which should prevent from sharper increase in housing sales prices.