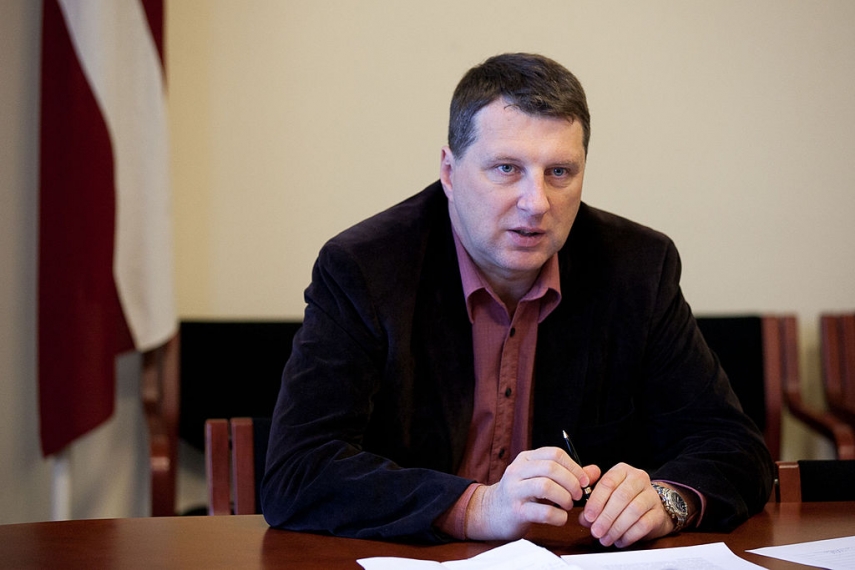 RIGA – There are indication that the new parliament could be very fragmented, said Latvian President Raimonds Vejonis in an interview with commercial LNT television on Tuesday.

He said that in that case it will be difficult to form a coalition and reach an agreement.

If the new Saeima is not able to make decisions, the president has the rights to dismiss the parliament, Vejonis reminded.

The president also said that a foreign policy with a Europe and transatlantic course is very important, and he will not nominate a person for the prime minister without such a vision. The future prime minister should also be ready to start or continue the launched reforms.

Asked about the possibility of the current opposition Harmony party in the coalition, the president said that usually other parties elected to the parliament are not very eager to cooperate with Harmony.

The president said that any coalition model that does not support the above-mentioned foreign policy course is a threat to Latvia.

Vejonis is concerned that with the elections nearing external risks with attempts to influence elections may grow. Other countries, for example, have faced cyber attacks during elections. The president underscored though that Latvia has been preparing for that.