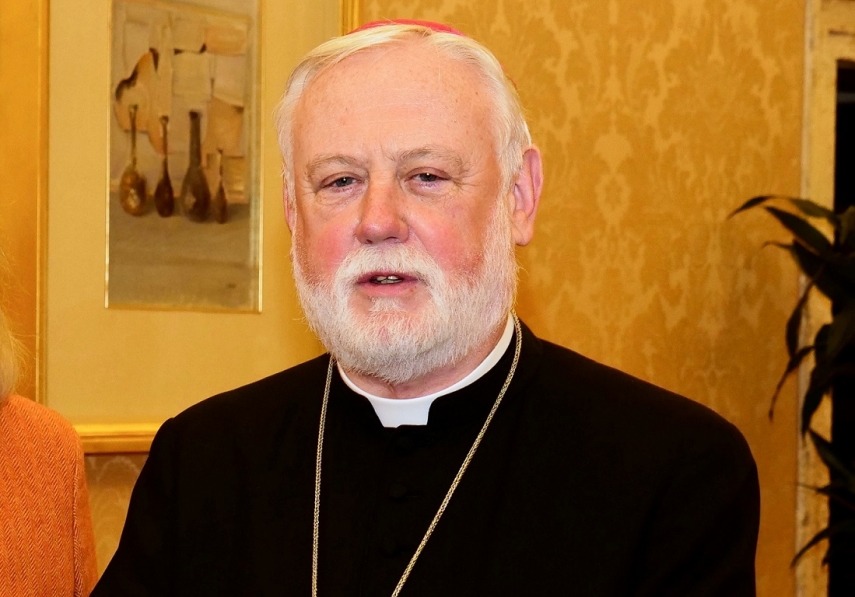 TALLINN – General humanitarian and ethical issues as well as the situation in the tension zones of the world were talked about during a meeting of Riigikogu speaker Henn Polluaas and the foreign relations chief of the Vatican, Archbishop Paul Richard Gallagher, in Tallinn on Friday.

The speaker of the Estonian parliament expressed his pleasure over the excellent relations between Estonia and the Vatican that were proven by the high-level visits that have taken place over the years, spokespeople for the Riigikogu said.

The speaker thanked the Vatican for the attention Pope Francis had given Estonia with his visit on the occasion of the country's 100th anniversary.

"It is a special pleasure to highlight the Vatican's support to the Republic of Estonia just now, when we are celebrating the 100th anniversary of the Tartu Peace Treaty," he said.

Vatican considers the protection of Christians and Christian values in different regions of the world especially important. At the meeting, a lively discussion was held on keeping and protecting Christian and ethical values in the mutual relations between states. Besides that, the situation in Europe and the tension zones of the world, where it is necessary to ensure the protection of people and provision of humanitarian aid, was spoken about.

Issues of climate change, resolution of humanitarian crises and helping persons in need were also discussed.

The meeting with the Vatican's secretary for relations with states was attended by member of the foreign affairs committee of the Riigikogu Keit Pentus-Rosimannus and Apostolic Nuncio Archbishop Petar Rajic.