Usakovs not planning to move out of his mayoral offices 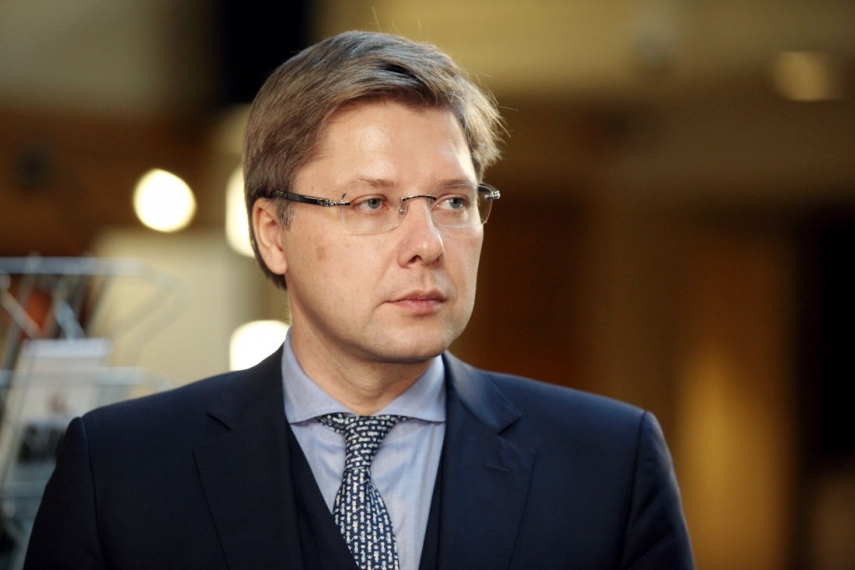 RIGA - Nils Usakovs (Harmony), who was sacked yesterday as mayor of Riga, does not plan on letting go any of his staff nor moving out of his mayoral offices, he said during a press conference today.

He said that he and his staff will discuss organizational changes next week so that they could assist interim Mayor Olegs Burovs (Honor to Serve Riga) and Vice Mayor Vadims Baranniks.

At the same time, Usakovs said that he is not planning on moving out of the mayoral offices.

At the same time, Usakovs said that he himself will cover all of the costs associated with the appeals process of his dismissal.

Usakovs also said that he was surprised at receiving ''such low quality demands and conclusions'' from the ministry.

He also said that the minister's claims on misspent finances is not true. ''The minister can speak about some kind of misspending, but this is not even the minimum reason to speak about the sacking of the mayor of Riga,'' Usakovs said, adding that many of the other reproaches expressed by the minister is ''infantile''.

Usakovs also confirmed that despite the minister's decision, the current Riga City Council coalition will remain together and continue to lead the municipality. ''Our team will continue to work together and complete all the work we have started,'' he said.

Usakovs also added that Burovs will remain the interim mayor of Riga until the European Parliament elections.

Puce made the order due to the many violations established in Usakovs' oversight of the Rigas Satiksme municipal public transportation company. Usakovs has violated various laws and regulations, according to the ministry.

Puce's order can be appealed at the Administrative District Court within 30 days.

Asked to comment the reasoning for his decision, Puce said that he must react accordingly to the ''threats towards rule of law and democracy which Usakovs' activities as Riga mayor pose''.

The Environmental Protection and Regional Development Ministry has come to the conclusion that as the authority in charge of Rigas Satiksme municipal transport company, the city council has violated a number of laws. Rigas Satiksme has been involved in several corruption scandals in recent months.

Usakovs was asked to provide explanations about these violations by March 28. Last week he sent the ministry a reply in which he claims to have refuted all the allegations made by Puce. Usakovs also called Puce’s request for explanation politicized and weak from a legal standpoint.

Recently, Usakovs and former Riga Vice Mayor Andris Ameriks (Honor to Serve Riga) announced that they will be running in the upcoming European Parliament elections in May, with media speculating that this is being done so that both could obtain immunity from possible criminal prosecution.