US sanctions against Lembergs cannot affect his trial - judge 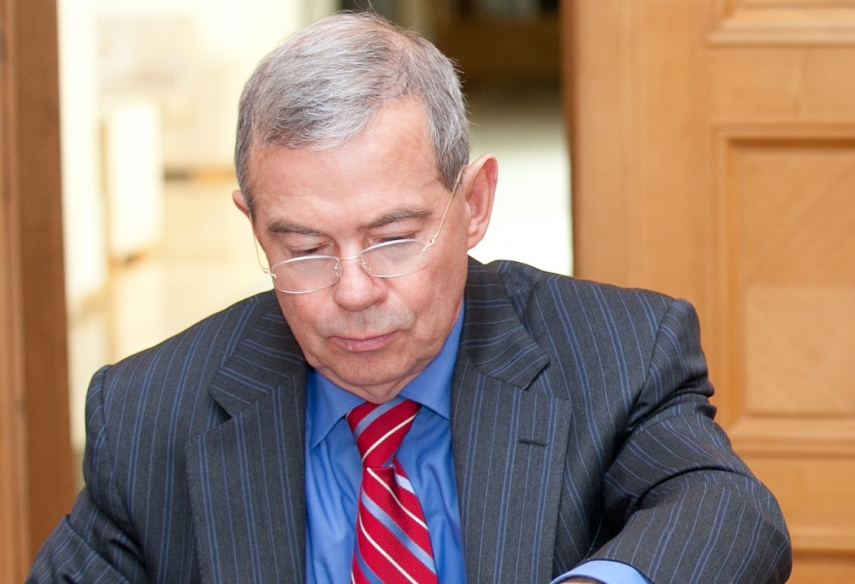 RIGA - The US sanctions imposed on Ventspils mayor Aivars Lembergs (For Latvia and Ventspils) cannot affect his trial in Latvia, Irina Jansone, who chairs the panel of judges hearing the case, told LETA.

"As long as the court has not received official, more detailed information from Latvian authorities, the US announcement cannot affect the court proceedings, and theoretically, at least in the current stage of the trial, will not affect it," the Riga Regional Court judge said.

"The remarks are made about what the other party has said, and so far neither party has expressed any opinion about this matter. At the same time, theoretically, such a possibility - reflecting on the issue in the remarks - cannot be ruled out," she said.

As reported, Riga Regional Court has been hearing a case against Lembergs for years. The Ventspils mayor is being tried for massive graft, money laundering, abusing his office powers and other serious crimes. Lembergs' son Anrijs Lembergs and business partner Ansis Sormulis are co-defendants in the case.

The prosecution is seeking a jail sentence of eight years and confiscation of property, as well as a fine of EUR 64,500 for Lembergs.

It has also been reported that the  US Department of the Treasury's Office of Foreign Asset Control (OFAC) on December 9 imposed sanctions on a number of physical and legal persons in Europe, Asia and Latin America, including on Latvia's Ventspils mayor Aivars Lembergs, based on the so-called Magnitsky Act.

To deal with Lembergs' influence in the Freeport of Ventspils, the government on Thursday took control of the administration over the ports of Ventspils and Riga.