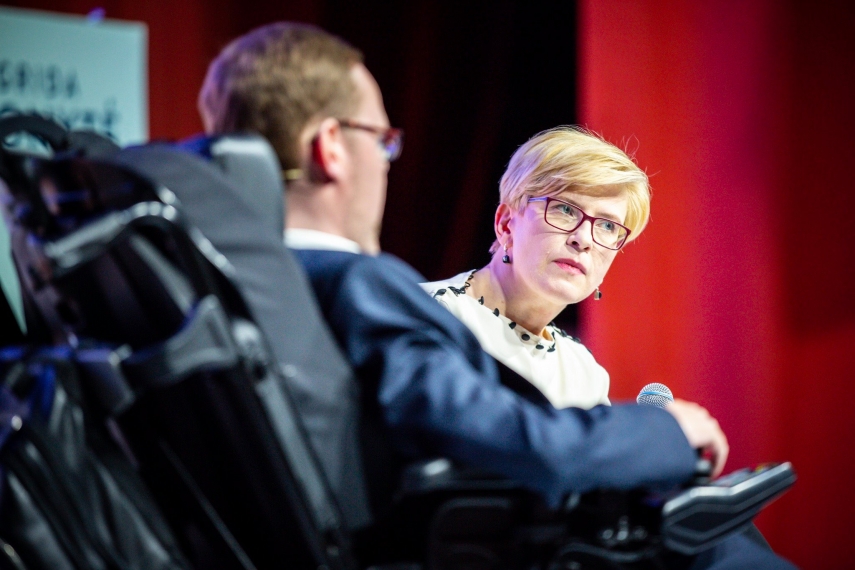 VILNIUS - The final results of the first round of Lithuania's presidential election put Ingrida Simonyte's lead over Gitanas Nauseda at 3,935 votes.

The Central Electoral Commission (CEC) updated the results after finishing counting the votes of Lithuanian citizens who voted abroad on Monday.

The final results published by the election watchdog show MP Simonyte, the candidate of the conservative Homeland Union–Lithuanian Christian Democrats, coming first with 31.21 percent of the vote and independent economist Nauseda second with 30.93 percent.

The two front-running candidates will face each other in the May 26 runoff.

Further down the list was Valdemar Tomasevski, a member of the European Parliament and the leader of the Electoral Action of Poles in Lithuania – Christian Families Alliance, with 3.98 percent, MP Mindaugas Puidokas with 2.58 percent, MP Naglis Puteikis with 0.79 percent, and MEP Valentinas Mazuronis with 0.65 percent.

A total of 41,767 citizens cast their ballots at Lithuania's diplomatic missions abroad. The final election results can still change negligibly after the votes of those who voted by post abroad come in.