UN must get actively involved in Ukraine's reconstruction - Murniece 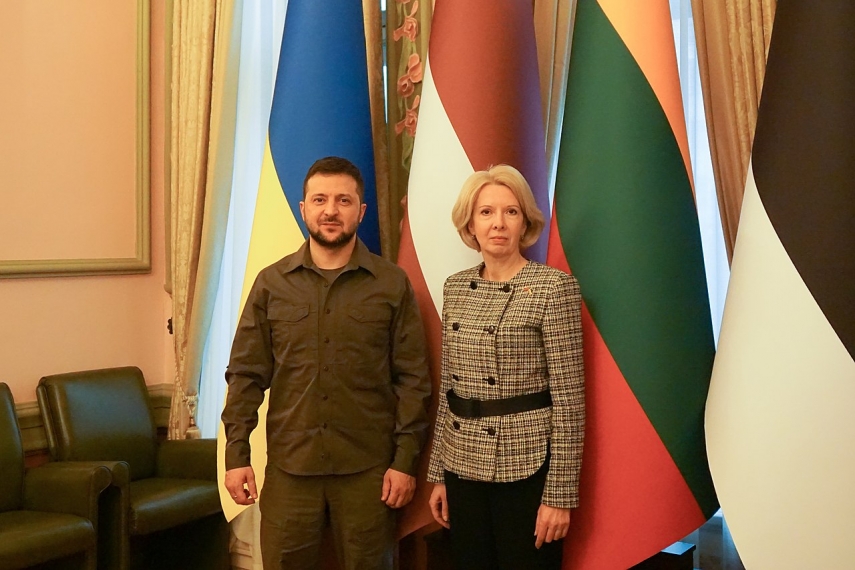 RIGA - The international community must get actively involved in the reconstruction of Ukraine and the United Nation can play a prominent role in this, Saeima Speaker Inara Murniece (National Alliance) said during a meeting with Abdulla Shahid, President of the 76th session of the UN General Assembly and the Minister of Foreign Affairs of the Maldives.

As LETA was at the Saeima press office, Murniece emphasized Latvia's readiness to take part in Ukraine's reconstruction efforts in accordance with the principles laid down at the Lugano conference. Provision of the necessary assistance to Ukraine is a commitment taken not only by the Latvian state, but also civic society and the private sector, Murniece said.

"Since February 24 we have been seeing gross violations of international law, including the UN Charter, committed by a permanent member of the UN Security Council. It is therefore especially important to continue defending a rules-based international order, which is essential to small countries," said Murniece.

Murniece also praised the work of the UN General Assembly, particularly the adoption a resolution denouncing Russia's aggression in Ukraine.

Murniece warned that the war Russia has launched in Ukraine can lead to further aggression in the future and an even greater negative impact on global security and economy.

Shahid agreed that Russia's war has been affecting the situation not only in Europe but in the whole world, including the Maldivian economy.

The Saeima speaker underlined that we "cannot permit any compromises regarding Ukraine's sovereignty and territorial integrity. Ukraine must be provided with all necessary assistance. Making Ukraine an EU candidate state is a significant step giving its people a clear European perspective. It will help introduce the necessary reforms and rebuild the country once the war is over".

Latvia will continue to actively raise the issue of Russia's violations with international organizations, because joint efforts are essential to end Russia's aggression, Murniece said. Latvia also supports all mechanisms for bringing Russia to account for the war crimes committed in Ukraine.

In a discussion of the security situation in the region, Murniece indicated that in its recent summit in Madrid, NATO recognized Russia as the Alliance's most significant and direct threat, and the Baltic states are at the frontline of this threat, which is why it is essential to boost allied presence in the region to offset these security risks.