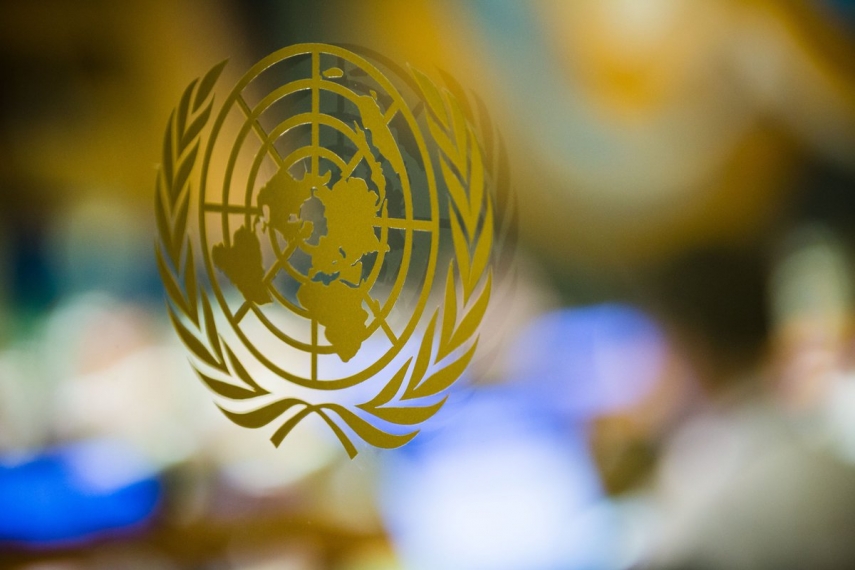 RIGA - The United Nations General Assembly (UNGA) on Thursday adopted a resolution, Global Media and Information Literacy Week, which was drafted and co-sponsored by Latvia together with a number of other like-minded countries, LETA was told at the Foreign Ministry.

The ministry indicated that the initiative is a continuation of Latvia's last year’s efforts to address disinformation challenges in the UN framework, including in the context of the COVID-19 pandemic (the so-called infodemic).

In December 2020, during a special session of the United Nations General Assembly in Response to the Coronavirus Disease (Covid-19) Pandemic, Latvian Foreign Minister Edgars Rinkevics called for strengthening resilience against the spread of disinformation, especially during the pandemic when the spread of the virus is attributable to disinformation, and this affects people around the world. The minister repeatedly pointed to the role of governments and other stakeholders in tackling these challenges, which has also been reflected in the final text of the resolution upon its adoption.

The Global Media and Information Literacy Week resolution urges all UN member states, UN bodies, social media companies and other relevant partners and stakeholders to mark the Global Media and Information Literacy Week, focusing on disinformation challenges. Pursuant to a UNESCO decision, this theme is observed each year in the week running from October 24 to 31. The resolution is intended to improve people's media literacy and ability to counter disinformation and misinformation while at the same time upholding freedom of speech and freedom of the media.

The Latvian Ambassador to the United Nations in New York, Andrejs Pildegovics, commented on the adoption of the resolution that the lessons of recent history of Latvia have taught us that ensuring broad media and information literacy among the public is one of the most effective "vaccinations" against disinformation, conspiracy theories and hate speech.

"By engaging actively in the drafting of the resolution, Latvia shared its experience as a mature and active player in the UN framework. Only by working together shall we be able to find a solution to this global threat which has acquired special urgency during the Covid-19 pandemic. I am happy that so many UN member states from various regions across the globe have supported our initiative. In particular, I would like to thank our Jamaican and Australian colleagues at the United Nations in New York for their leadership and support," the Latvian ambassador said.

The Deputy Director of the Latvian Institute of International Affairs, Karlis Bukovskis, pointed out that this is a tangible achievement of Latvia first of all from the perspective of building an overall diplomatic image of the state including at the time when Latvia is preparing to stand for election to a seat on the UN Security Council.

"Also the fact that Latvia consolidated and represented the opinion of the European Union at the UN demonstrates a new level of maturity in our foreign policy and the ability to maneuver between and with international institutions for the sake of achieving national goals. And last but not least, Latvia has been highlighting and raising to a global level the problems of media literacy and fighting disinformation. Therefore, Latvia should make every effort to set an example to others also at the level of its domestic policy," Bukovskis noted.

Twelve countries from all over the world – Australia, Burkina Faso, Chile, Costa Rica, Georgia, India, Jamaica, Latvia, Lebanon, Lithuania, Saint Vincent and the Grenadines, and Uganda – contributed to preparing of the resolution having begun the work on the draft toward the end of 2020.

When the draft was completed, consultations led by the Permanent Representations of Australia and Jamaica took place with all UN member states. In the consultations, Latvia and Lithuania represented the opinion and interests of the European Union and its Member States in formulating the text of the resolution. Latvia's involvement and proposals on the topic of media and information literacy in the UN framework were defined in close cooperation with the Ministry of Culture, the Ministry of Education and Science, the National Centre for Education, the Latvian National Commission for UNESCO, as well as representatives from non-governmental organizations.