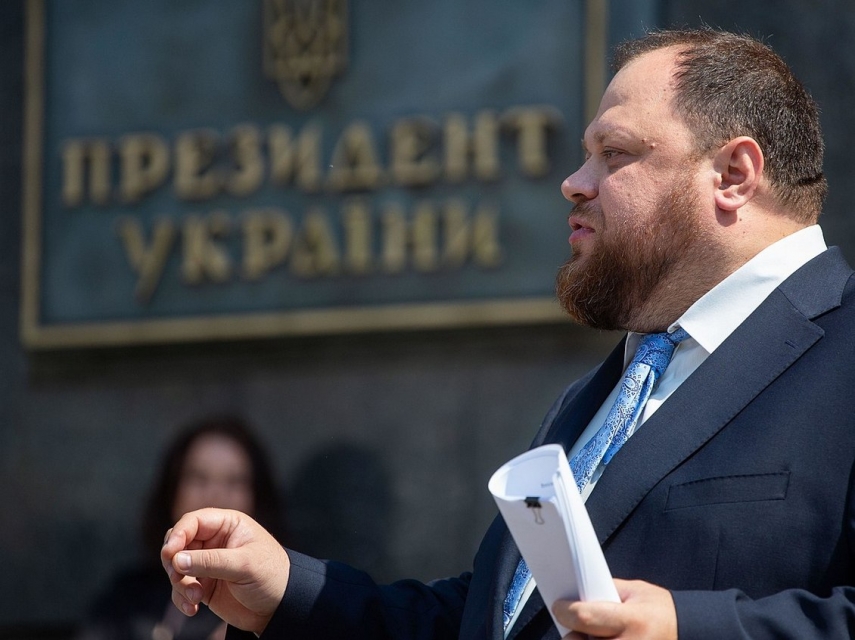 "I feel Latvia's support for Ukraine in the face of the terrible events facing Ukraine," said Stefanchuk. "Russian invaders, Russian oppressors have committed terrible crimes in the regions of Kiev," Stefanchuk told MPs.

Ukraine has banned use of symbols that the Russian army uses in Ukraine, and Stefanchuk is pleased that Latvia has banned symbols of Russian aggression too.

Latvia is also taking other steps to demonstrate solidarity with Ukraine, such as termination of cooperation agreements between the cities of Latvia and Belarus. For example, Tukums, Jelgava and many other cities and towns have terminated such agreements. The street where the Russian Embassy in Riga is located has also been renamed.

"Each such shipment means that we are not only better able to resist Russian aggression, but also to save lives. I would like to emphasize Latvia's decision that Latvian citizens can take part in the Russia-Ukraine war on the Ukrainian side," said Stefanchuk.

The sanctions must become tougher until the goal is achieved, said Stefanchuk. Ukraine is grateful that Latvia supports the initiative to suspend trade with Russia. Russia's oil and gas supplies to Europe is another issue that must be addressed. Stefanchuk thanked the Baltic countries for the fact that Russian gas and oil could no longer be shipped to Europe.

"Dear colleagues, the speaker of Saeima, I am grateful for every decision you make, for every help, for every euro. Only together can we defeat the enemy. We are together, we are in solidarity. The truth is on our side. Glory to Ukraine, glory to Latvia!" Stefanchuk said in closing his address.