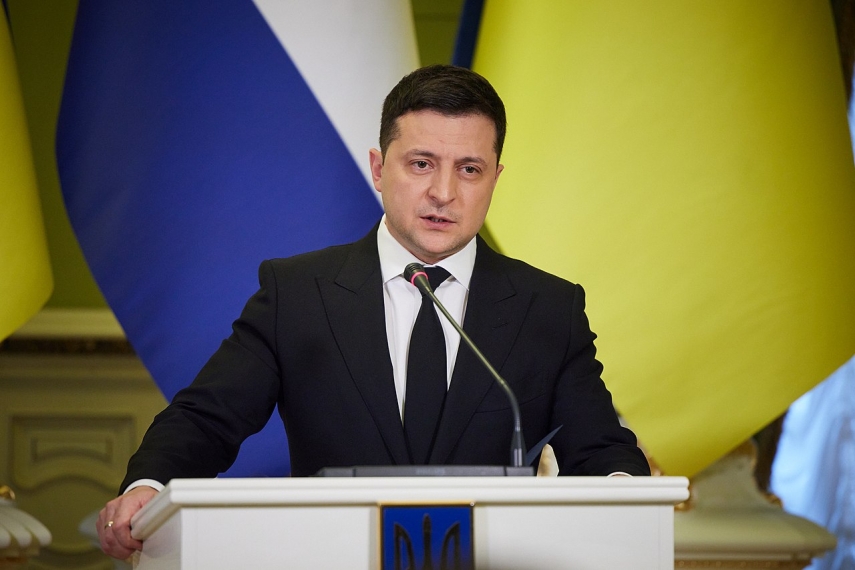 TALLINN - Ukrainian President Volodymyr Zelensky is to deliver a video address to the Estonian parliament at 12 p.m. on Wednesday.

The Ukrainian president's address will take place directly before parliament question time, the start of which will be postponed as a result, spokespeople for the parliament said.

President of the Estonian parliament Juri Ratas said that the Ukrainian troops and people are exhibiting extraordinary courage in the face of Russia's aggression.

"At the same time, we mustn't forget that this is also a fight for the peace and values of the whole of Europe, which is why we must give Ukraine our full support," he said. "Estonia will continue to provide military, political, economic and humanitarian aid to Ukraine and I commend everyone in Estonia who has helped Ukraine and the Ukrainian people."

On March 21, Chairman of the Verkhovna Rada Ruslan Stefanchuk gave a video address before the members of the Riigikogu. A week earlier, the Riigikogu had adopted a statement in support of the defenders and people of Ukraine in their fight against Russia's criminal war against their country. The statement also called for comprehensive support to Ukraine in its fight for the preservation of its freedom, sovereignty and territorial integrity.

The video address to be delivered in Ukrainian and scheduled to start at noon on Wednesday will be live streamed with simultaneous translation on the parliament's YouTube channel, on its Facebook page and on the parliament's website at https://www.riigikogu.ee/live/1/et .