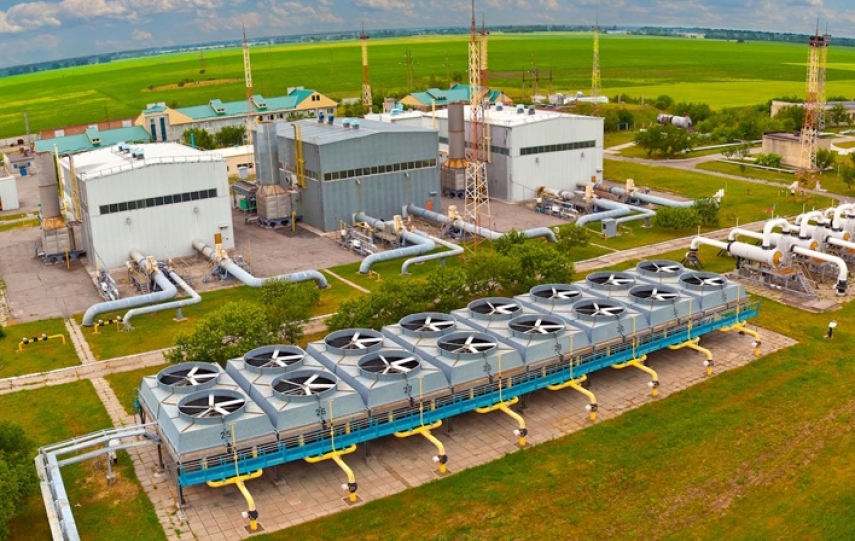 KYIV - If Russia stops transporting natural gas across Ukrainian territory in 2020, Ukraine may offer European customers about 12 billion cubic meters of space to rent in its underground storage facilities, Ukrtransgaz said in a statement.

The unused capacity of the Ukrainian gas transport system would make it possible to accumulate the necessary amount of gas in the storage facilities and guarantee uninterrupted supply to consumers during the 2019-2020 fall and winter period without threats to the EU's energy security, the statement said.

The company cited Hungary, which consumes about 10 billion cubic meters of gas annually, as an example. Two thirds of this amount is shipped to Hungary from Russia across Ukraine, about 20% is produced by Hungary itself, and the rest is imported from Austria. About 60% of gas shipped to the Baumgarten gas hub in Austria also comes through the Ukrainian gas transport system.

"The utilization of such significant capacity of the Ukrainian gas transport system will help considerably lower the risks of an emergency in Hungary's gas transport system. Ukraine stands ready to offer similar services and capacity to suppliers from other countries of Central and Eastern Europe," Ukrtransgaz said.

Hungarian Minister of Foreign Affairs and Trade Peter Szijjarto earlier said his country was concerned about the chance of receiving Russian gas through Ukraine after 2019.

It was reported earlier that a 10-year gas transport contract between Naftogaz of Ukraine and Russia's Gazprom would expire on January 1, 2020. Gazprom is currently not holding active negotiations to sign a new contract to ship gas across Ukraine and is actively promoting the Nord Stream 2 and TurkStream gas pipeline projects.

Naftogaz believes it is highly likely that Gazprom will halt gas transport via Ukraine in 2020 after completing construction of the Nord Stream 2 gas pipeline.