Ukraine needs to be more persistent in reforms - Lithuanian president 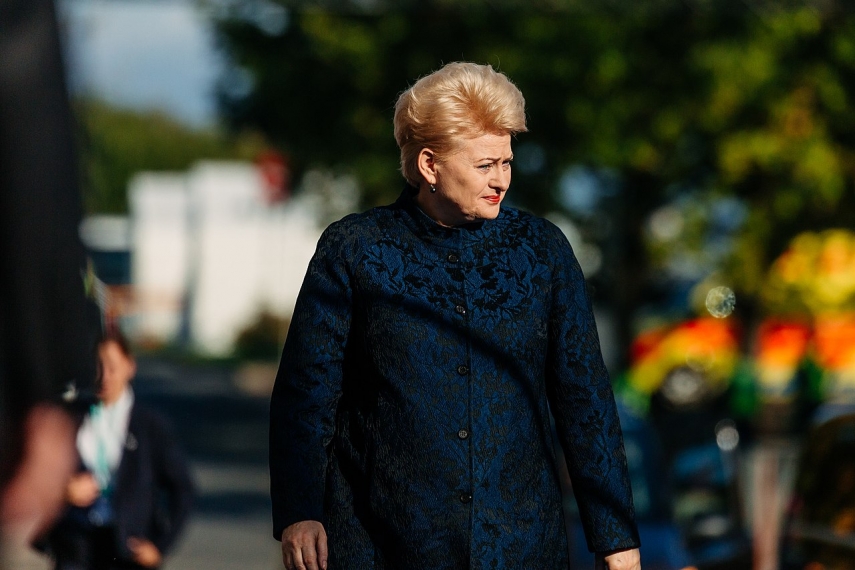 BRUSSELS/VILNIUS - Lithuanian President Dalia Grybauskaite says that Ukraine needs to be more persistent in carrying out reforms rather than in demanding a EU membership prospect.

"Persistence is good, but perhaps what's most important is not to obtain guarantees, but to be persistent when it comes to our own reforms, because any membership in any organization is as worth as it is beneficial to Ukraine itself and to the people of Ukraine," she told reporters on her arrival to the Eastern Partnership summit in Brussels.

According to the president, Ukraine will be given such guarantees as soon as it is ready, "but that is a long way to go".

It is planned that in their final declaration the summit's participants will acknowledge "the European aspirations and European choice" of Ukraine, Georgia and Moldova, which have signed association agreements with the EU.

However, the EU continues to resist calls for saying explicitly that these nations will be able to eventually join the bloc.

Some Lithuanian politicians and Kiev had expected the summit to give the green light for the EU to draft a new plan for financial aid to Ukraine, but this idea is likely to be dropped.

Grybauskaite said that Ukraine fails to absorb the aid that is already available to it, adding that additional funds could be provided to Kiev within the framework of an an investment plan for third countries.

"We need to see the administrative capacity to use the funds and the aid that is available and then we can create new instruments if there is a need," she said.

The EU has provided around 12 billion euros in financial support to Ukraine since 2014, but Kiev is concerned that most of the funding comes in the form of loans.