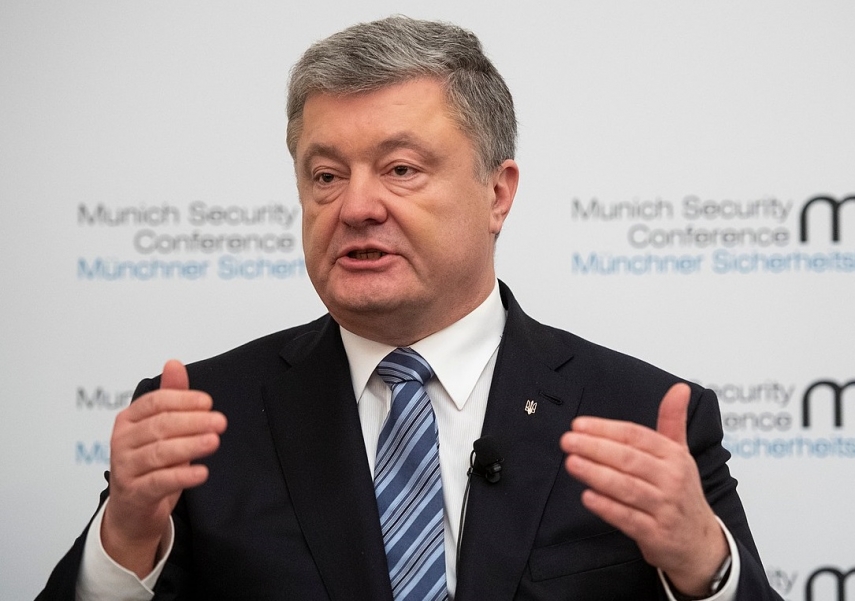 "I'd like to offer advice to the participants in the summit, including Ukraine, and those who are trying today, as they claim, to 'find hard compromises'. 'Hard compromises' with [Russian President Vladimir] Putin would mean defeat," Poroshenko told the Marathon of Dignity program broadcast by the Pryamoi, 5th Channel, and Espresso TV stations on Wednesday.

"I've always insisted that Moscow holds the key to peace. But such peace must take Ukrainian interests into account," the European Solidarity party's press service quoted Poroshenko as saying.

"You ought to take up positions that will make it possible to restore the territorial integrity, sovereignty, and independence of our state," he said.

The "red lines" that must not be crossed are very simple, he said.

The first "red line" is a firm demand that the security component must precede the political one, Poroshenko said.

"Elections can't be held at gunpoint on Ukrainian soil," the former president said.

"Ukraine is a unitary state. And we can't allow some 'Novorossiya' project or so-called federalization, which is also referred to as autonomization or autonomy, to be imposed on us," he said.

"So, this is the second 'red line'. And the country mustn't agree to any compromises that would hinder Ukraine's movement into the EU and NATO," he said.

"There is only one safe instrument - Ukraine's membership in NATO. There is one democratic and economic instrument - our full-fledged membership in the European Union. Ukraine has no other alternative. And we had plenty of arguments to see that for ourselves," Poroshenko said.