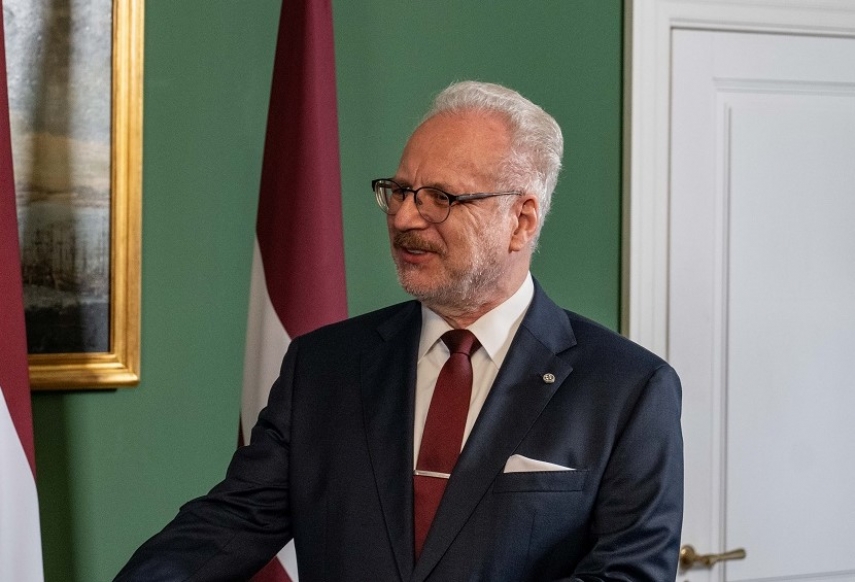 “Russia’s war in Ukraine began in 2014, and it must also end in Crimea with Ukraine’s victory, the territorial unity of Ukraine, the decolonization of Crimea,” President Levits emphasized during the meeting.

Chubarov expressed his heartfelt gratitude to Latvia for its unwavering support for Crimea and the whole of Ukraine. The political leader of the Crimean Tatars highly appreciated the clear and strong support for the need to comply with international law, liberate Crimea and ensure the territorial integrity of Ukraine as expressed by the President of Latvia at the first and second conference of the international Crimea Platform.

“Having survived an occupation, Soviet repressions, colonization, Latvia understands extremely well the situation in Crimea, which Russia has not only occupied, but also colonized in violation of international law,” he said.

The President of Latvia stressed that this is a blatant violation of the 1949 Geneva Convention.

President Levits highlighted that Ukraine and the democratic world at large must continue to remind Russia about these violations of international law, as well as constantly reiterate that war crimes and the perpetrators thereof will be brought to justice sooner or later. Latvia has joined Ukraine’s claim submitted to the International Court about the crimes perpetrated in Ukraine by Russia, the President of Latvia noted.

When discussing Ukraine’s fight against Russia’s invasion, the Ambassador of Ukraine Olexandr Mischenko thanked the people of Latvia for their selfless donations and volunteer work: “Latvia is the driver of European solidarity.”