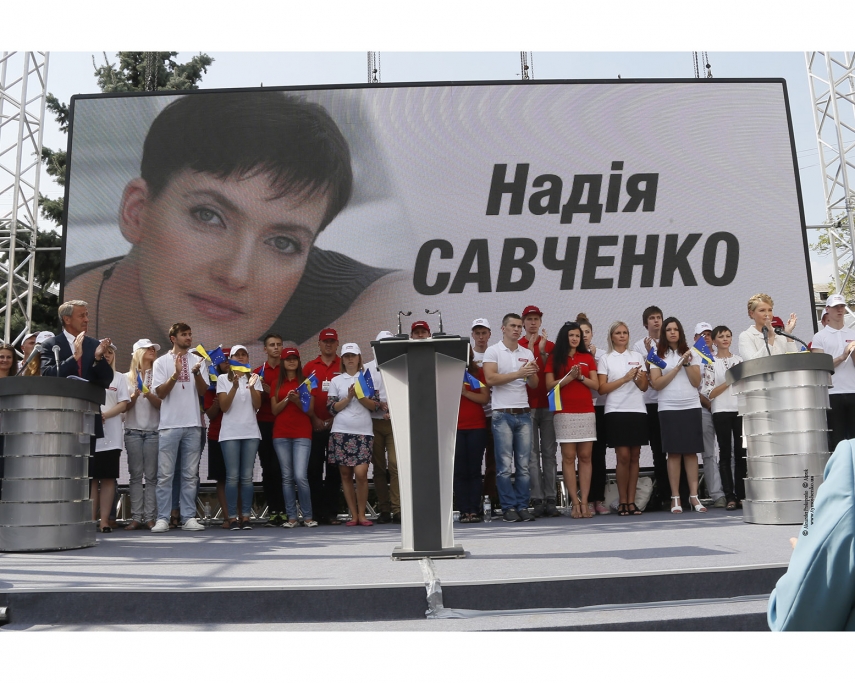 Lithuanian MEPs Antanas Guoga and Gabrielius Landsbergis will join a hunger strike that was recently initiated by their fellow MEP Petras Austrevicius.

"Today Czech MEP Michaela Sojdrova will spend a day without food. Later the campaign will be joined by Lithuanian MEPs, liberal Antanas Guoga and conservative Gabrielius Landsbergis. Also by Spaniard Beatriz Basterrechea, Pole Julia Pitera, Czech Pavel Svoboda and others. By holding the campaign we, members of the European Parliament, want to attract more attention to the imprisonment under horrid conditions of the Ukrainian female pilot (Nadiya Savchenko - ELTA), who has been on a hunger strike for nearly two months now," said MEP Austrevicius. He was also on hunger strike in protest between 4-6 February.

Since 4 February, these MEPs have been sending letters everyday to Vladimir Chizhov, Russia's ambassador to the EU, demanding the release of Savchenko.

The letter notes that Savchenko's health is deteriorating. She has been on hunger strike since 13 December 2014. It is also emphasised that there is no legal basis for her continuing imprisonment.

Savchenko, 33, is a lieutenant in the Ukrainian army. In June last year she was captured by pro-Russian forces loyal to the so-called Luhansk People's Republic. Accused of the murder of two Russian journalists, she was transferred to Russia, where she is still being held. She was elected to the Ukrainian Parliament in October of last year, and in late January officially became a member of Ukraine's delegation to the Parliamentary Assembly of the Council of Europe, thus gaining diplomatic immunity under international law.

Savchenko has been on hunger strike since mid-December, in protest against what she claims to be the hospital's failure to provide medical care.