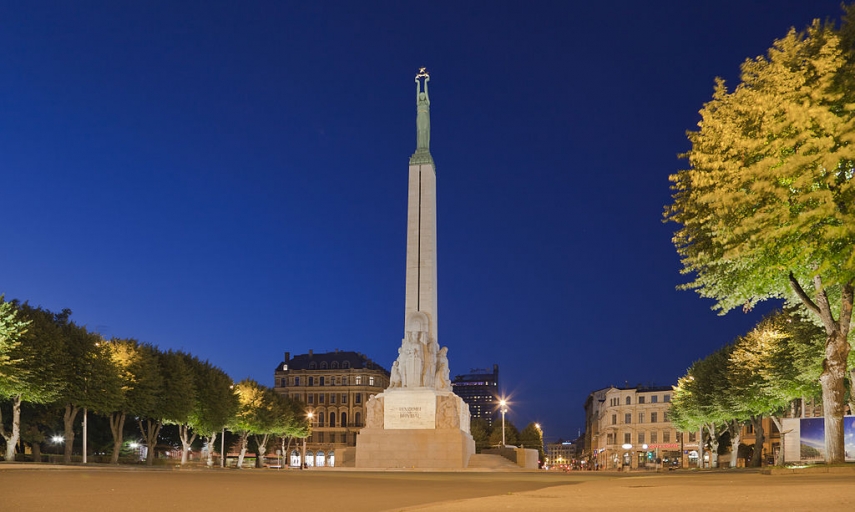 RIGA - Two Estonian citizens have been fined for scaling the Freedom Monument in downtown Riga, representatives of the Riga Municipal Police informed LETA.

The officers who had been monitoring the cameras alerted their colleagues patrolling the city center. They told the Estonians to descend the monument. The Estonians said they scaled the monument because they wanted to take photos.

One the the offenders was fined with EUR 125 and the other with EUR 150.