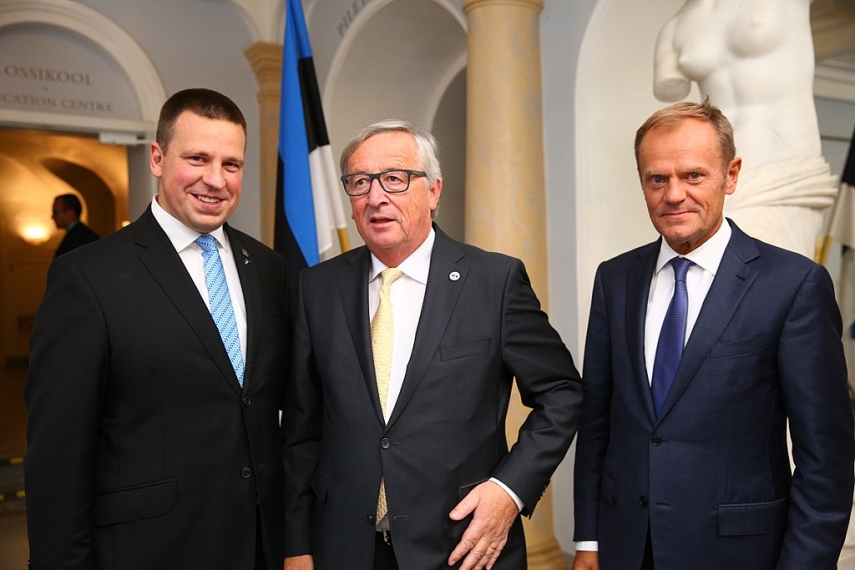 "I wish to thank the Estonian presidency, Prime Minister Juri Ratas and his excellent team for the great work. Personally, my best memories are of the digital summit in Tallinn, which not only demonstrated the Estonian leadership in this field, but also helped move Europe forward," Tusk said at a press conference after the two-day European Council meeting with Juncker and Ratas.

"I want to pay tribute to the prime minister, to the ministers, to all those involved. Excellent job," Juncker said. "You were preserving unity where other wanted to impose division. We will always remember with the best feelings possible this first Estonian presidency, which was an impressive one," he added.

Estonia's presidency of the Council of the European Union will end on Dec. 31, after which Bulgaria will take over the rotating presidency.