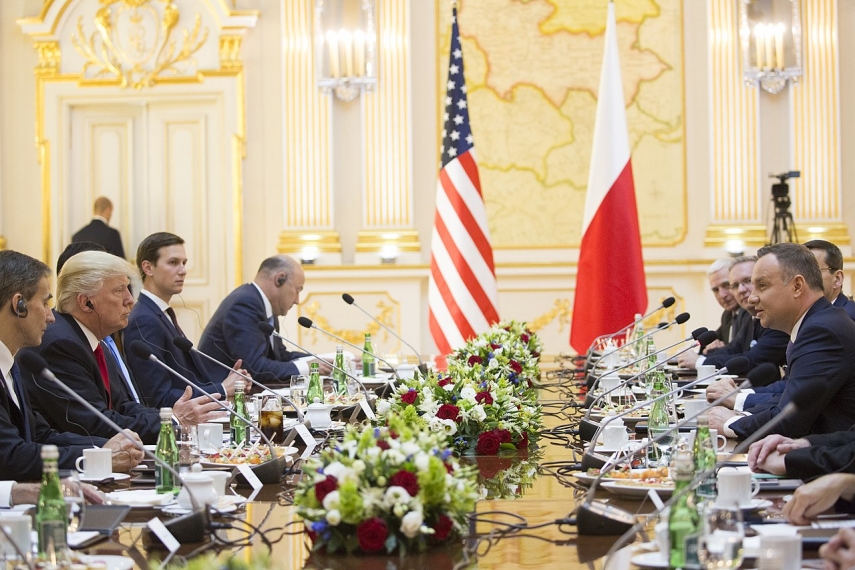 WARSAW - US President Donald Trump publicly endorsed NATO's one-for-all-and-all-for-one mutual defense pact during a keynote speech in Warsaw on Thursday, seeking to ease allies' concerns that the US safety net had frayed.

"The United States has demonstrated not merely with words, but with its actions, that we stand firmly behind Article Five," Trump said, referring to the mutual defense commitment.

Article 5 is the North Atlantic Treaty's key provision. Under Article 5, an attack on any NATO member is considered an attack on all.