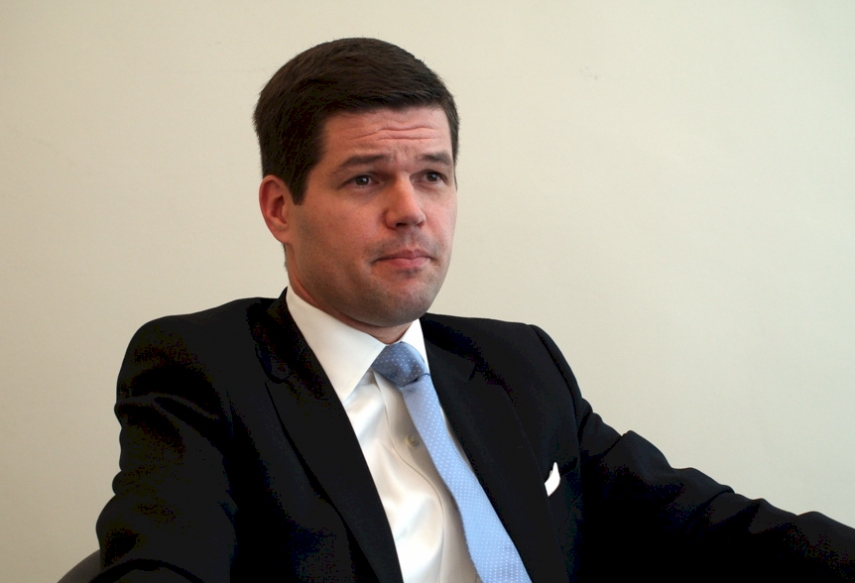 This week, Secretary of Defense Jim Mattis will travel to Europe for his first NATO defense ministerial meeting. His counterparts there are nervous that President Trump will rethink the U.S. commitment to NATO. On the campaign trail, Mr. Trump called NATO “obsolete” and questioned its benefit to U.S. national security. Why, he asked, should a country like America, saddled with debt and surrounded by threats, bear the burden for defending a wealthy and populous continent whose economy is larger than our own.

Good question. For decades, Europe has languished in a post-historical bubble of low defense spending, atrophied fighting capabilities and indifference to growing threats neighboring regions. U.S. leaders have warned Europeans about the eventual consequences of this torpor. As then-Defense Secretary Robert Gates said in 2011, America has a “dwindling appetite...to expend increasingly precious funds on behalf of nations that are unwilling to devote the necessary resources...to their own defense.”

What makes Trump different is how bluntly he has stated the problem—and the fact that he will probably do something about it. The question is “what, exactly?” Allies fear he will quit NATO, if not formally then by withdrawing U.S. forces and leaving Europe to fend for itself.

But there’s another possibility, and one that allies, especially the Baltic States, should actively encourage: that Trump will take on the long-overdue task of reforming NATO.

There are signs that Trump is inclined toward this path. Contrary to the hype, he has never said he wants America to withdraw; when asked directly last March, he said, “no, I don’t want to pull out.” He has said “NATO is very important to me,” and, in an inaugural address devoted to domestic themes, made a priority of adding that he intended to “reinforce old alliances.”

It is hard to imagine Obama saying something similar in 2009. Indeed, Trump’s comments on NATO are actually milder than what Obama said at this stage of his Presidency. Early on, the previous President denigrated NATO as “an alignment of nations rooted in the cleavages of a long-gone Cold War” that “elevates one group of people over another” and “makes no sense in an interconnected world.”

For Obama, NATO was flawed intrinsically—not because America does too much (though he’d later criticize it for that, too), but because NATO embodied an idea, the “West” as a civilizational construct, that did not square with his worldview. For Trump, NATO is flawed instrumentally—not because he’s uncomfortable with the Western alliance as an idea, but because he doesn’t think NATO is up to the job.

The distinction between the two Presidents’ starting points on NATO is important. There was never a possibility that Obama might try to seriously reform NATO. “Reset” was the centerpiece of his foreign policy. His change of heart came, not because of a studied appreciation for alliances but because his preferred approach failed, rather spectacularly. In the event, “Reset” helped create the conditions for the very event—the Ukraine war—that forced him to strengthen NATO, by which point the damage had been done.‎

By contrast, Trump enters office with a stated national-security priority, the defeat of ISIS, for which NATO has an obvious role to play, if it can be properly employed. Trump will shortly have another, far more urgent need for NATO: deterring Russia. As Obama found, trying to bargain with Putin without a baseline of Western strength undercuts Washington’s negotiating position and invites Russian aggression.

Trump should learn from Obama’s mistakes and embrace a U.S. leadership role in Europe early in his term. Should he do so, he will find ready partners among the countries of NATO’s north and east. Allies like Estonia and Poland embody the help-thyself mentality Trump says he wants to see in U.S. allies. In recent years, every state in frontline NATO has increased defense spending. Poland and Estonia already devote more than 2 percent of GDP to their militaries and Latvia and Lithuania will hit the mark next year. Since the Ukraine war began, the Baltic States have collectively doubled defense spending. By contrast, in the same period, Germany’s defense budget has decreased. Despite having a population twice Poland’s, it has less than half the number of tanks.

Part of the reason for German lethargy is the presence of U.S. bases. Twenty-three of 28 NATO’s biggest installations are west of the Oder, plus all but a few hundred of its 60-odd thousand U.S. troops and all of its (mostly U.S.) non-strategic nuclear weapons.

If there’s something “obsolete” about NATO, it’s this lopsided posture, conceived for the strategic realities of the 1970s. As long as it endures, Western European states will have weak incentives to do more, leaving the burden of real defense to the United States and members like Poland.

This ought not be. The new Administration should rally like-minded allies to form a reformist block inside the Alliance, composed of NATO’s “doers.” Such a grouping would command respect. It could end the second-class membership of frontline members, push to relocate bases like Ramstein to Poland (saving U.S. taxpayers money), overhaul voting rules to prevent Article-5 vetoes by laggards, and build larger coalitions to stabilize the south and the east.

Reforming NATO will not be easy. It will require a scale of effort similar to NATO enlargement in the 1990s. Most of all, it will require a degree of U.S. leadership sorely lacking in recent years. Baltic leaders can help get the ball rolling by reaching out to the administration early. They may find a receptive audience.

A. Wess Mitchell is president of the Center for European Policy Analysis (CEPA), a foreign-policy think-tank with offices in Washington and Warsaw. He is co-author of Unquiet Frontier: Rising Rivals, Vulnerable Allies and the Crisis of American Power.