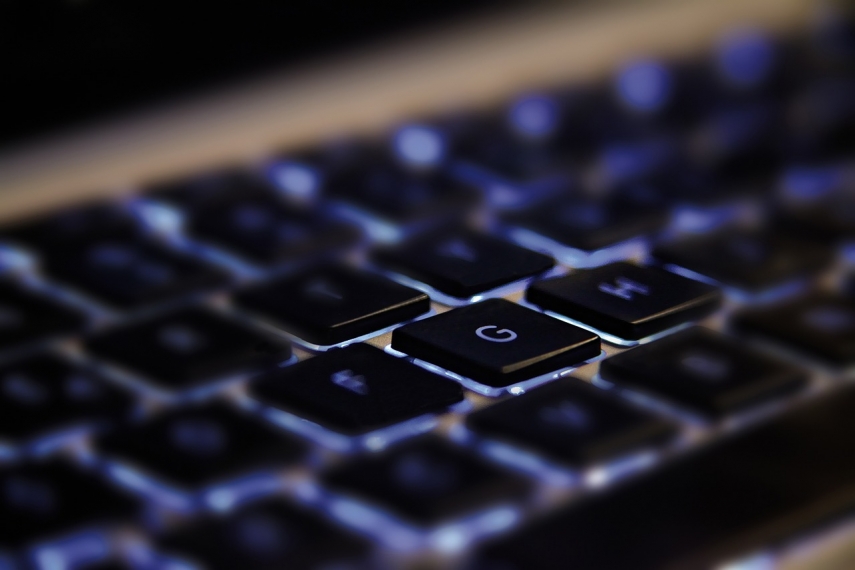 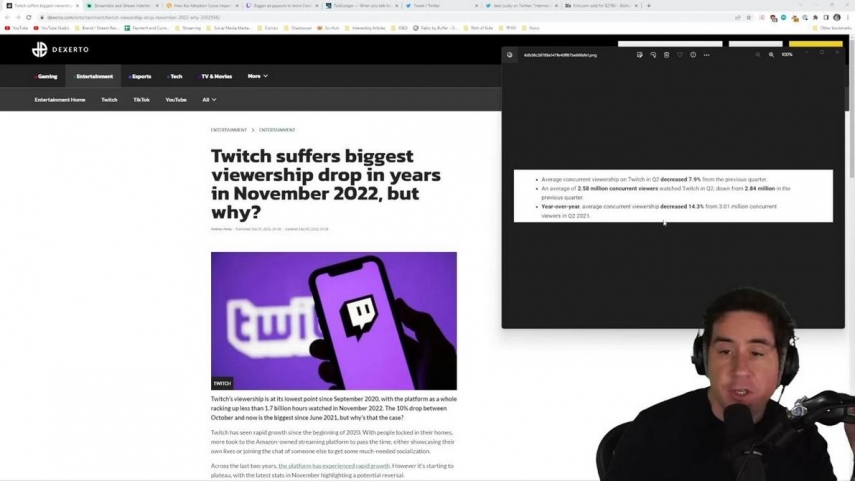 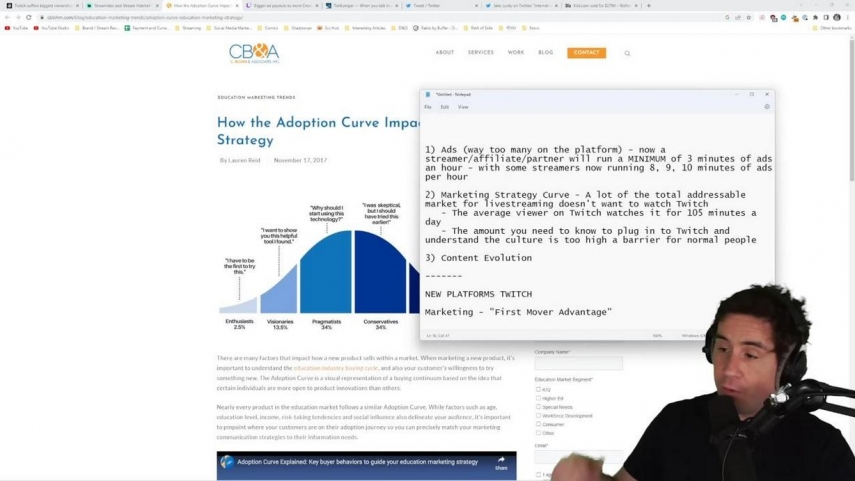 Tyler “Trainwrecks” Niknam, a popular streamer on Twitch with over 2.1 million followers, has announced plans to launch a new live streaming platform that promises to offer content creators a better deal than they currently receive on Twitch. The platform will offer a 95-5 revenue split in favor of creators, compared to Twitch's 50-50 split, and will also support streaming of casino games.

Niknam has heavy incentives out of the box with the new platform, as Kick.com promises a 95-5 creator split in an attempt to lure prominent streamers to the new live streaming service.

The move comes amid a string of controversies the live streaming giant has encountered over the past several months. The most noteworthy is its ban on most gambling streams on the platform, which took effect last October. That decision came in light of a streamer’s admission of asking for donations under the pretense of paying off his debts.

Tyler Faraz Niknam was born on December 20, 1990, and raised in Scottsdale, Arizona, in the United States. In 2014, he graduated from the University of Arizona with a degree in analytic philosophy (answering philosophical problems by breaking them down into simple elements).

As Dot Esports’s Alex Tsiaoussidis puts it, his studies, combined with a no-nonsense personality, made him one of the most outspoken streamers on Twitch. He fancies “keeping it a buck fifty” or real talk in his streams, even as such remarks would get him in trouble with others.

The first few years of his streaming career were marred with such troubles. In 2017, the platform slapped him with a five-day ban over a rant aimed at “bikini streamers,” whom he claimed were taking away subs from the more deserving ones. That said, some people expressed doubts about the platform’s handling of offensive content, as another streamer got off with a lighter sentence.

One year later, Trainwrecks was in hot water again for making misogynistic comments during an Overwatch stream with friends. As a result, Twitch gave him an indefinite ban, which was a rare punishment, and forced him to issue a public apology.

He returned in late 2020, being the second most-watched Twitch streamer during the 2020 U.S. Presidential Elections, according to a report by Streamlabs. Of the 3.4 million total hours logged, hours viewing his streams comprised 18.2%, below HasanAbi (74.7%) and above Mizkif (1.9%).

He also made a name for himself as one of the best players of the multiplayer social deduction game, Among Us. According to Digital Trends’ Jacob Roach, his signature playstyle stemmed from putting up an impressive defense when playing as an impostor. He used this to great effect in a tournament in 2020, wherein playing as an impostor awarded more points per round.

It wasn’t until 2021 that he got into gambling—specifically crypto gambling—to the point of moving to Canada to avoid U.S. gambling laws. He made another name for himself in slots as the most viewed streamer and the second highest-earning streamer, with an annual income of nearly USD$2.5 million in 2021.

When Twitch announced its decision to prohibit most gambling streams last September, Niknam was among the most livid voices of opposition. He admitted to receiving a lucrative sponsorship deal worth USD$360 million for 16 months but also stressed giving away a fifth of that as prizes on and off-stream.

He didn’t escape criticism in this regard, with content creators like Coffeezilla calling him out on his hypocrisy. In a YouTube video uploaded last October, which you can watch here:  https://www.youtube.com/watch?v=56jXFjGRhiw, the anti-scam detective panned Niknam for tacking a small gambling warning label on the screen dominated by him playing various online casino games.

Following the ban, Niknam announced his plans to create a new platform to help “small to midsize content creators.” People were largely left in the dark as to what it was until early December when Kick.com finally went live.

A look into the website at the time of publication reveals that it’s still in Beta. Its categories page comprises six main categories: games (which comprise the majority), IRL (in real life), music, gambling, creative, and alternative. The Slots subcategory currently has the highest viewership.

A major driver of this new streaming platform is the undeniable ties to the online casino Stake.com. The gambling platform is known for sponsoring English Premier League team Everton F.C., as well as prominent rapper Drake, and had been sponsoring Twitch streamers to gamble on stream until Twitch banned the practice.

Arguably the most attractive feature of this new platform is the revenue split. In an arrangement that could disrupt the streaming industry, Kick allows streamers to keep 95% of revenue from subs and the rest to the platform. On top of that, streamers get 100% of tips, known as “kicks.”

Revenue splits have been a major point of debate among well-known Twitch streamers. Under the current terms, streamers share half of their revenue with Twitch. In special cases, the split can be as much as 70-30 in favor of the streamer.

These terms may change next year, as Twitch announced streamers would receive 70% of the revenue for the first USD$100,000 earned, after which the split reverts to 50-50. However, the company pointed out that the change would only affect 10% of its streamers. Many streamers also questioned why the 70-30 split isn’t made standard.

Another promising feature that Niknam highlighted in his announcement is that Kick’s revenue system won’t rely wholly on subs count. Under an “exclusive creator program,” streamers can earn based on hours watched and viewer count.

What about the gambling aspect? The gambling-related channels are locked behind a dialog box where clicking “Start Watching” confirms that the user is 18 or above. Moreover, its Community Guidelines on gambling, which are only two sentences long, state that:

- Gambling with other platform users is prohibited, including all forms of buy-ins

Though not significant, an exodus of streamers from Twitch followed Kick’s debut. Aside from Niknam, several notable streamers affected by the ban have made their accounts on the platform.

One prominent personality is Ishmael “Roshtein” Schwartz, known for his USD$18.75-million win in the slots last July. Following the ban, he shifted to sports betting to maintain his activity on his Twitch channel. Along with online poker and fantasy sports, sports betting is one of the exceptions to the Twitch ban, at least for the meantime.

The Swedish streamer wasted no time returning to slots upon Kick’s debut. His channel currently has over 20,000 followers and 3 videos, including a test stream, with a total playback time of 6.5 hours. In a statement on his official website, Roshtein believes that the platform has “a bright future” and will work on the channel to provide more entertainment.

Another streamer with a sizeable following is Cody “Xposed” Burnett, who made headlines after losing six figures in online blackjack and a Call of Duty League match. Last November, Xposed launched a Twitter giveaway event, whose conditions for entry involve following him on his Kick channel. In that same Tweet, he touted Kick as “the final landing spot for all gambling streams.”

It remains to be seen if other well-known streamers will migrate from Twitch, given that Kick has yet to prove itself in a Twitch-dominated streaming industry. In an interview with the Washington Post, Niknam said he “may stay on Twitch to game here and there,” though his sentiments on the company and its business practices haven’t changed.

Surprisingly, in the same interview, Niknam said that Kick wasn’t the platform he referred to in his announcement. While he confirmed that he serves as an advisor to the platform, he also said he has plans to create multiple other platforms, hoping to roll them out in the next six months and combine them into a single “super platform.”

So far, Kick has been silent about its ownership, leading some to believe that Stake is the owner or co-owner. However, in a statement sent to the Post, Kick said Stake isn’t an investor, but co-founder Edward Craven is. Craven founded Stake with Bijan Tehrani (not to be confused with the Iranian filmmaker Hassan Tehrani) in Melbourne in 2017.

The platform restricts access to visitors from countries that forbid online gambling, such as the United States and the Netherlands. Unfortunately, many people manage to get around this geo-block using virtual private network (VPN) services, which Stake considers a breach of its Terms of Service (TOS).

To mitigate the risk of potential problems that may arise from gambling, Kick crafted its TOS to uphold “ethical gambling,” requiring gambling streamers to disclose their fill balances. Code and wager-locked giveaways are prohibited, as well as “lying to audiences about gambling’s losing nature.”

Although many people are willing to give Kick the benefit of the doubt, they also hope it will be transparent in its business structure as its user base grows. As it stands, the site lacks an About Us page and other information its goliath counterpart has.

A year to develop

As with any new platform or program after launch, bugs and glitches are to be expected. On the r/KickStreaming subreddit, users have reported numerous issues with the platform’s interface, from 403 error returns to missing features. The subreddit, established five days before Kick’s launch, is small at only over 200 members as of this writing.

Users are urged to join the platform’s Discord channel to report problems as updates are rolled out regularly. Niknam also addressed the community to give Kick at least a year to iron out the kinks and grow into a good, creator-friendly platform.

Aside from user experience issues, some people have expressed concern about the 95-5 revenue split, seeming too good to be true. While this arrangement generates hundreds of dollars in extra revenue for creators, it leaves little revenue for Kick for server maintenance and upgrades.

Experts cite that streaming services can turn to other sources of revenue—in this case, ads. Kick plans to strike lucrative deals with advertisers to establish a stable income stream. That way, the creators receive the nearly full incentives, and their success can inspire others to start and nurture their careers on the platform.

As to the likelihood of Kick surviving on this much, industry experts say it isn’t as farfetched as most people might think. Streaming platforms and their investors have reasons to be bullish about the next several years. The latest data from Statista states that the worldwide streaming market is projected to grow by 11.48% until 2027. The average revenue per user is expected to grow too.

At the same time, they also warn that many other platforms have attempted but failed to enter the market. They cite the tragic case of Microsoft Mixer, a game streaming service created after an acquisition by the tech giant in 2016. After it ceased operations in 2020, most of its users flocked to Twitch, adding to its already immense market dominance.

Mixer’s failure was largely attributed to cost, not just maintaining its advanced features but also getting prominent personalities to market it. The platform was already suffering from diminishing returns, prompting execs to question whether or not keeping it alive was worth the expense. Kick should learn from such cases if it aims to survive, if not thrive, in this market.

Niknam's new live-streaming platform offers content creators a better deal than they currently receive on Twitch, and its support for casino game streaming sets it apart from other platforms. While some may have reservations about the platform's connections to the online casino industry, its promise of major benefits for creators makes it worth considering as an alternative to Twitch.